LOS ANGELES, Feb. 27 (UPI) -- Here is a list of the nominees for the 44th Annual Grammy Awards, which will be presented tonight at the Staples Center in Los Angeles, in ceremonies to be televised by CBS.

Album of the Year: "Acoustic Soul," India.Arie; "Love and Theft," Bob Dylan; "Stankonia," OutKast; "All That You Can't Leave Behind," U2; "O Brother, Where Art Thou?," soundtrack, various artists.

Female Pop Vocal Performance: "I'm Like a Bird," Nelly Furtado; "There You'll Be," Faith Hill; "Someone to Call My Lover," Janet Jackson; "By Your Side," Sade; "Essence," Lucinda Williams.

Rock Performance by a Duo or Group with Vocal: "Jaded," Aerosmith; "Yellow," Coldplay; "The Space Between," Dave Matthews Band; "Drops of Jupiter," Train; "Elevation," U2.

Rock Album: "Gold," Ryan Adams; "Just Push Play," Aerosmith; "Stories from the City, Stories from the Sea," PJ Harvey; "Hybrid Theory," Linkin Park; "All That You Can't Leave Behind," U2.

Country Performance by a Duo or Group with Vocal: "Ain't Nobody Here But Us Chickens," Asleep at the Wheel; "Ain't Nothing 'Bout You," Brooks & Dunn; "One More Day," Diamond Rio; "The Lucky One," Alison Krauss & Union Station;

Jazz Instrumental Album, Individual or Group: "Kindred," Stefon Harris & Jacky Terrasson; "Birds of a Feather -- A Tribute to Charlie Parker," Roy Haynes with Dave Holland, Roy Hargrove, Dave Kikoski and Kenny Garrett; "Not for Nothin,'" Dave Holland Quintet; "Live At Yoshi's," Pat Martino; "This Is What I Do," Sonny Rollins.

Contemporary Soul Gospel Album: "The Experience," Yolanda Adams; "Live in Concert," Kim Burrell; "In Case You Missed It ... And Then Some," Fred Hammond; "Still Tramaine," Tramaine Hawkins; "Melodies of My Heart," Angie Winans.

Odd News // 55 minutes ago
Minnesota squirrel appears drunk after eating old pear
Nov. 25 (UPI) -- A Minnesota woman who has been feeding the squirrels outside her home shared video of one of the animals acting drunk after eating an apparently fermented pear. 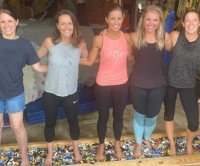 Odd News // 4 hours ago
Deer steals hunter's gun, flees into woods
Nov. 25 (UPI) -- A hunter in the Czech Republic was charged by a deer that snagged the man's gun on its antlers and fled into the woods with the weapon, police said. 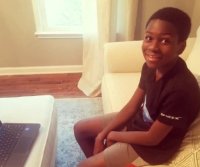