Entertainment News // 2 months ago
What to stream this weekend: 'Onward,' 'Tales from the Loop,' new music
Here's a list of films, shows, music and video games that will be released for streaming this weekend. 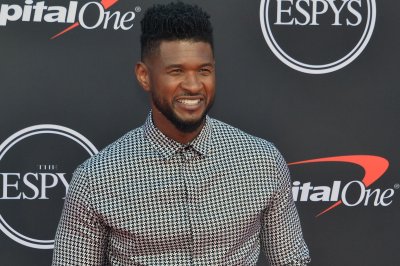 I am a big believer in doing what you can, even if it's something as small as reducing the amount of plastic we each use daily that ends up in landfills, whether it is plastic bags, water bottles or product packaging. I'm so happy to be working with Whole Foods Market on this project

This is the most honest record I've ever made. It's about being forced to wake up

And by the way guys, the toilet paper thing ... it was a JOKE!

And by the way guys, the toilet paper thing ... it was a JOKE!

She has performed with The Rolling Stones and has sung duets with Mick Jagger, Michael Jackson, Eric Clapton, Luciano Pavarotti, John Mellencamp, Kid Rock, Michelle Branch, and Sting among others. She has performed backing vocals for Tina Turner, Don Henley and Belinda Carlisle, on her 1991 hit Little Black Book. Crow has released seven studio albums, two compilations, and a live album, and has contributed to film soundtracks. She has sold 16 million albums in the United States and 35 million albums worldwide and her newest album, 100 Miles from Memphis, was released on July 20, 2010. Recently she appeared on NBC's 30 Rock, ABC's Cougar Town, Disney Channel's Hannah Montana Forever and Rally to Restore Sanity and/or Fear.

Sheryl Suzanne Crow was born in Kennett, Missouri, on February 11, 1962. Her father Wendell Crow is a lawyer and trumpet player, and her mother Bernice, a piano teacher. She has older sisters Kathy and Karen, and a younger brother Steven.

FULL ARTICLE AT WIKIPEDIA.ORG
This article is licensed under the GNU Free Documentation License.
It uses material from the Wikipedia article "Sheryl Crow."
Back to Article
/