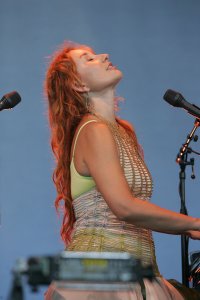 Music // 1 day ago
Tori Amos sets new album 'Ocean to Ocean' for October
Tori Amos will be releasing a new album titled "Ocean to Ocean" on Oct. 29, her first since 2017's "Native Invader."

Top News // 4 weeks ago
The Almanac
On Aug. 22, 2011, the Dr. Martin Luther King Jr. National Memorial in Washington opened to the public. 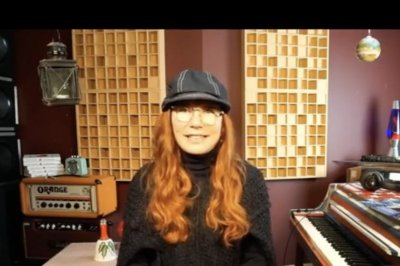 Top News // 4 years ago
The Almanac
In 2004, two masked robbers stole Edvard Munch's "The Scream" and another painting from the Munch Museum in Oslo, Norway.

A lot of my comrades were worried, but I told them that writing a book doesn't mean I'm going to fluff off of writing music

Polly was one of the main reasons why I signed with the label, and after she left it became clear I had to pull together my own creative team that wouldn't miss a beat in the development of my various projects

Tori Amos (born Myra Ellen Amos; August 22, 1963) is an American pianist, singer-songwriter and composer. She was at the forefront of a number of female singer-songwriters in the early 1990s and was noteworthy early in her career as one of the few alternative rock performers to use a piano as her primary instrument. Some of her charting singles include "Crucify", "Silent All These Years", "God", "Cornflake Girl", "Caught a Lite Sneeze", "Professional Widow", "Spark", "1000 Oceans", and "A Sorta Fairytale", her most commercially successful single in the U.S. to date.

As of 2005, Amos had sold 12 million albums worldwide. She has been nominated for 8 Grammy Awards. Amos was also named one of People Magazine's 50 Most Beautiful People in 1996. Amos has also been recognized as one of the top live acts of all time by a Rolling Stone poll in 2003, in which she placed at #5.

Amos was born in Newton, North Carolina. When she was two, her family moved to Baltimore, Maryland, where she began to play the piano. By age five, she had begun composing instrumental pieces on piano and, while living in Rockville, Maryland, she won a full scholarship to the Preparatory Division of the Peabody Conservatory of Music. Her scholarship was discontinued at age 11 and she was asked to leave. Amos has asserted that she lost the scholarship because of her interest in rock and popular music, coupled with her dislike for reading from sheet music. In 1972, The Amos family moved to Silver Spring, Maryland, where her father, Reverend Edison Amos, became pastor of the Good Shepherd United Methodist church. At the age of 14 she began playing at piano bars, chaperoned by her father.

FULL ARTICLE AT WIKIPEDIA.ORG
This article is licensed under the GNU Free Documentation License.
It uses material from the Wikipedia article "Tori Amos."
Back to Article
/