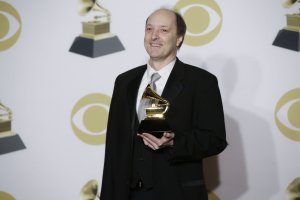 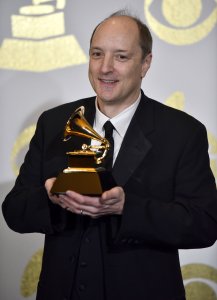 World News // 10 months ago
Boris Johnson, EU chief to meet after legal threat over Brexit
British PM Boris Johnson and EU leader Ursula von der Leyen are planning to meet Saturday after the alliance said it would start a legal complaint over a British bill that seeks to override parts of the Brexit deal.

World News // 1 year ago
Britain, EU begin post-Brexit trade talks in Belgium
Britain and the European Union were to begin the first round of trade talks Monday following London's exit from the alliance a month ago.

While today's cut in interest rates should alleviate some of the most acute pressures facing the economy, the U.K. economic climate has worsened and we are facing new dangers

Sir David Paradine Frost, OBE (born 7 April 1939) is a British journalist, comedian, writer and media personality, best known for his serious interviews with various political figures, the most notable being Richard Nixon. Since 2006, he has been hosting the weekly programme Frost Over the World on Al Jazeera English. He was portrayed by actor Michael Sheen opposite Frank Langella's Richard Nixon in the 2006 Peter Morgan stage play Frost/Nixon, and in Ron Howard's subsequent 2008 film adaptation.

David Paradine Frost was born at Tenterden, Kent, on 7 April 1939 the son of a Methodist minister of Huguenot descent, the Rev. W.J. Paradine Frost. While living in Gillingham, Kent, he was taught in the Bible Class of the Sunday School at his father's church (Byron Road Methodist) by David Gilmore Harvey, and subsequently started training as a Methodist Local Preacher, which he did not complete. He attended Barnsole Road Primary School in Gillingham, then Gillingham Grammar School and finally Wellingborough Grammar School. He subsequently won a place at Gonville & Caius College, Cambridge, where he graduated with a degree in English. He had turned down a contract with Nottingham Forest Football Club to attend university.

At Cambridge, he edited a student newspaper, Varsity, and a literary magazine, Granta. He was also secretary of the famous Footlights Drama Society, which included actors such as Peter Cook and John Bird.

FULL ARTICLE AT WIKIPEDIA.ORG
This article is licensed under the GNU Free Documentation License.
It uses material from the Wikipedia article "David Frost."
Back to Article
/