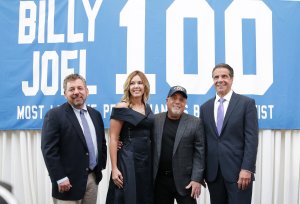 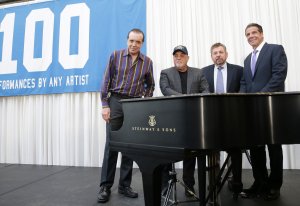 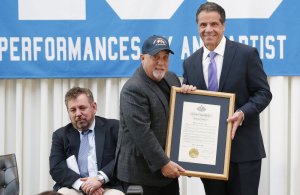 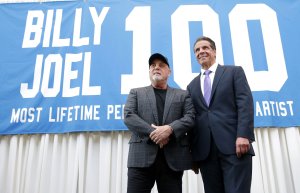 Entertainment News // 2 years ago
Bethenny Frankel says 'RHONY' doesn't represent who she is now
"Real Housewives of New York" alum Bethenny Frankel is working with her disaster-relief initiative, BStrong, to get much-needed supplies into the hands of healthcare workers.

TV // 2 years ago
'SNL:' Stars return for parody of Democratic debate
This weekend's edition of "Saturday Night Live" featured a star-studded parody of the most recent Democratic presidential debate.

After experiencing severe gastric pains, Billy Joel has been admitted to a local New York hospital for tests

I had a couple of lyrics I was singing wrong

I kept reading about my being in the 'posh' Silver Hills. Boy, was that a crock

I've been touring for 30 years and only had to cancel a handful of shows in my life, so I took this really hard

William Martin "Billy" Joel (born May 9, 1949) is an American musician and pianist, singer-songwriter, and classical composer. Since releasing his first hit song, "Piano Man," in 1973, Joel has become the sixth best-selling recording artist and the third best-selling solo artist in the United States, according to the RIAA.

Joel was born in The Bronx and raised in Hicksville, New York. His father, Howard (born Helmuth), was born in Germany, the son of German merchant and manufacturer Karl Amson Joel who, after the advent of the Nazi regime, emigrated to Switzerland and later to the United States. Billy Joel's mother, Rosalind Nyman, was born in England to Philip and Rebecca Nyman. Both Joel's parents were born Jewish. They divorced in 1960, and his father moved to Vienna, Austria. Billy has a sister, Judith Joel, and a half-brother, Alexander Joel, who is an acclaimed classical conductor in Europe, currently chief musical director of the Staatstheater Braunschweig.

FULL ARTICLE AT WIKIPEDIA.ORG
This article is licensed under the GNU Free Documentation License.
It uses material from the Wikipedia article "Billy Joel."