Top News // 1 month ago
The Almanac
On Aug. 22, 2011, the Dr. Martin Luther King Jr. National Memorial in Washington opened to the public. 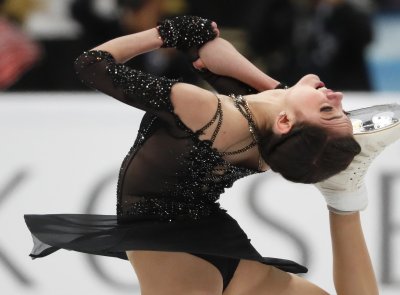 Top News // 4 years ago
The Almanac
In 2004, two masked robbers stole Edvard Munch's "The Scream" and another painting from the Munch Museum in Oslo, Norway.

Claude-Achille Debussy (French pronunciation: ) (22 August 1862 – 25 March 1918) was a French composer. Along with Maurice Ravel, he was one of the most prominent figures working within the field of impressionist music, though he himself intensely disliked the term when applied to his compositions. Debussy is among the most important of all French composers, and a central figure in European music of the turn of the 20th century. He was made Chevalier of the Legion of Honour in 1903.

His music is noted for its sensory component and for not often forming around one key or pitch. Often Debussy's work reflected the activities or turbulence in his own life. His music virtually defines the transition from late-Romantic music to 20th century modernist music. In French literary circles, the style of this period was known as symbolism, a movement that directly inspired Debussy both as a composer and as an active cultural participant.

Claude Debussy was born in Saint-Germain-en-Laye, France, 22 August 1862, the eldest of five children. His father, Manuel-Achille Debussy, owned a shop where he sold china and crockery, and his mother, Victorine Manoury Debussy, was a seamstress. The family moved to Paris in 1867, but in 1870 Debussy's pregnant mother sought refuge from the Franco-Prussian war with a paternal aunt of Claude's in Cannes. Debussy began piano lessons there at the age of seven years with an elderly Italian violinist named Cerutti; his lessons were paid for by his aunt. In 1871 he drew the attention of Marie Mauté de Fleurville, who claimed to have been a pupil of Frédéric Chopin. Debussy always believed her, although there is no independent evidence of her claim. His talents soon became evident, and in 1872, at age ten, Debussy entered the Paris Conservatoire, where he spent eleven years. During his time there he studied composition with Ernest Guiraud, music history/theory with Louis-Albert Bourgault-Ducoudray, harmony with Émile Durand, piano with Antoine François Marmontel, organ with César Franck, and solfège with Albert Lavignac, as well as other significant figures of the era. He also became a lifelong friend of fellow student and noted pianist Isidor Philipp. After Debussy's death, many pianists sought out Philipp for advice on playing his music.

FULL ARTICLE AT WIKIPEDIA.ORG
This article is licensed under the GNU Free Documentation License.
It uses material from the Wikipedia article "Claude Debussy."
Back to Article
/