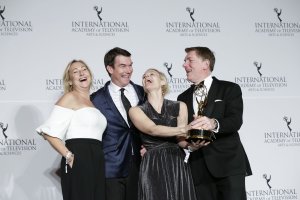 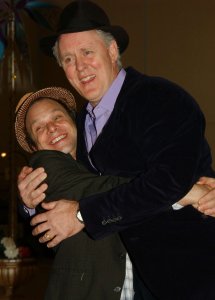 Entertainment News // 1 year ago
Hulu: What's coming and going in April 2020
South Korean film "Parasite," new FX series "Mrs. America," a "Fixer Upper" special and a new season of "What We do in the Shadows" are headed to Hulu. 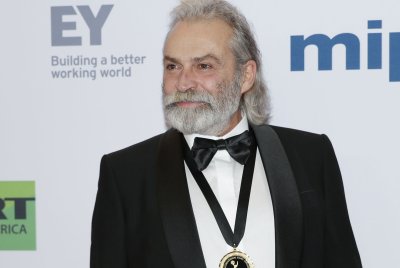 TV // 4 years ago
Six male celebrities to do 'The Full Monty' for ITV cancer telethon
Britain's ITV says it has gotten "six famous men" to agree to strip "completely nude" for a television special intended to raise awareness of men's cancers.

The Full Monty is a 1997 British comedy film. It tells the story of six unemployed men, four of them steel workers, who decide to form a male striptease act (à la Chippendale dancers) in order to gather enough money to get somewhere else and for main character Gaz to be able to see his son. Despite being a comedy, the film also touches on serious subjects such as unemployment, fathers' rights, depression, impotence, working class culture and suicide. The film was rated a 15 in Britain for frequent strong language.

The Full Monty is set in Sheffield, England, and stars Robert Carlyle, Mark Addy, William Snape, Steve Huison, Tom Wilkinson, Paul Barber, and Hugo Speer. The story was conceived by co-producer, Paul Bucknor, and the screenplay was written by Simon Beaufoy. The film was directed by Peter Cattaneo.

The year is 1972, and the place is "Sheffield... the beating heart of Britain's industrial north", as described by the narrator in a short film visualising the city's economic prosperity, borne out of Sheffield's highly successful steel industry. The film shows busy steel mills, producing everything from kitchen cutlery to tensile girders, along with the run-off from the mills... successful retail establishments, nightclubs, and attractive housing. The film concludes with "thanks to steel, Sheffield really is a city on the move!"

FULL ARTICLE AT WIKIPEDIA.ORG
This article is licensed under the GNU Free Documentation License.
It uses material from the Wikipedia article "Full Monty."
Back to Article
/