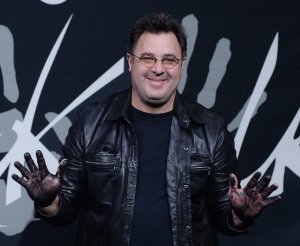 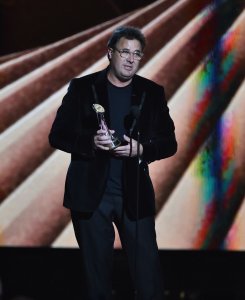 Music // 1 year ago
Eagles to perform 'Hotel California' album on new tour
The Eagles will play their album "Hotel California" and a set of greatest hits on a U.S. tour in 2020.

Taking a word, tuning it and placing it like that, I think it's really, really, really wrong. I love Conway, but I think he's got plenty of legacy for people to remember him by

I've always been one to trust my gut, and my gut tells me it is time for a change for everyone

Vincent Grant "Vince" Gill (born April 12, 1957) is an American neotraditional country singer-songwriter and multi-instrumentalist. He has achieved commercial success and fame both as frontman to the country rock band Pure Prairie League in the 1970s, and as a solo artist beginning in 1983, where his talents as a vocalist and musician have placed him in high demand as a guest vocalist, and a duet partner. Gill has recorded more than twenty studio albums, charted over forty singles on the U.S. Billboard charts as Hot Country Songs, and has sold more than 22 million albums. He has been honored by the Country Music Association with 18 CMA Awards, including two Entertainer of the Year awards and five Male Vocalist Awards. Gill has also earned 20 Grammy Awards, more than any other male Country music artist. In 2007, Gill was inducted into the Country Music Hall of Fame.

Gill was born in Norman, Oklahoma. His father, J. Stanley Gill, was a lawyer and administrative law judge who played in a country music band part time and encouraged Gill to pursue a musical career. His homemaker mother, Jerene, played the harmonica. At the encouragement of his father, Gill learned to play several instruments, including the banjo and guitar, before he started high school at Oklahoma City's Northwest Classen High School. He first played with a teenage band called Bluegrass Revue in the late 1970s. The other members were: Billy Perry on the banjo, Bobby Clark on the mandolin and Mike Perry on the bass. (Bobby Clark plays with Jerry Butler and the Blue Js now.) While in high school, he performed with "Mountain Smoke," a bluegrass band that once opened for Pure Prairie League. After he graduated, he played in a number of bluegrass bands, including Ricky Skaggs' "Boone Creek" and Byron Berline and Sundance; later, he became a member of Rodney Crowell's road band, The Cherry Bombs.

Gill debuted on the national scene with the country rock band Pure Prairie League in 1979, appearing on that band's album Can't Hold Back. Gill is the lead singer on their hit song "Let Me Love You Tonight".

FULL ARTICLE AT WIKIPEDIA.ORG
This article is licensed under the GNU Free Documentation License.
It uses material from the Wikipedia article "Vince Gill."
Back to Article
/