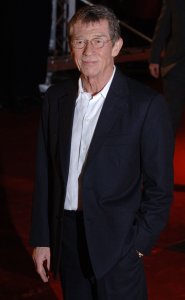 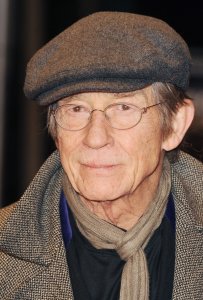 Entertainment News // 4 years ago
'Harry Potter,' 'The Elephant Man' alum John Hurt dies at 77
Screen icon John Hurt has died in London at the age of 77. 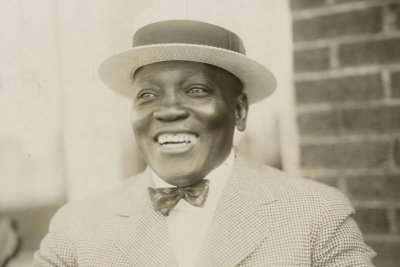 TV // 4 years ago
TNT orders an hour-long 'Snowpiercer' pilot
TNT says it has ordered an hour-long pilot for "Snowpiercer," a futuristic thriller based on the 2013 film by director Bong Joon Ho.

I have nothing but good things to say about (Ford). He understands that whole franchise. He is that franchise

John Vincent Hurt, CBE (born 22 January 1940) is an English actor, known for his leading roles as John Merrick in The Elephant Man, Winston Smith in Nineteen Eighty-Four, Mr. Braddock in The Hit, Stephen Ward in Scandal and Quentin Crisp in The Naked Civil Servant, Caligula in the television series, I, Claudius, and An Englishman in New York. Recognizable for his distinctive rich voice, he has also enjoyed a successful voice acting career, starring in films such as Watership Down, The Lord of the Rings and Dogville, as well as BBC television series Merlin.

Hurt initially came to prominence for his role as Richard Rich in the 1966 film A Man for All Seasons, and has since appeared in such popular motion pictures as: Alien, Midnight Express, Rob Roy, V for Vendetta, Indiana Jones and the Kingdom of the Crystal Skull, the first and the last Harry Potter films and the Hellboy film series. Hurt is one of England's best-known, most prolific and sought-after actors, and has had a versatile film career spanning six decades. He is also known for his many Shakespearean roles. Hurt has received multiple awards and honours throughout his career including three BAFTA Awards and a Golden Globe Award, with six and two nominations respectively, as well as two Academy Award nominations. His character's final scene in Alien is consistently named as one of the most memorable in cinematic history.

John Hurt was born in Chesterfield, Derbyshire, when his father was vicar of Shirebrook. He is the son of Phyllis (née Massey), an amateur actress and engineer, and Arnould Herbert Hurt, a mathematician who became an Anglican clergyman. Hurt has an older brother, Br. Anselm (born Michael), a Roman Catholic convert, who became a monk and writer at Glenstal Abbey, to whose books his younger brother John has contributed. John Hurt also has an adopted sister, Monica. His father was a vicar at St John in Sunderland, but in 1937 he moved his family to Derbyshire, where he became Perpetual Curate of Holy Trinity church. When John was five, his father became the vicar of St Stephens Church at Woodville, South Derbyshire and remained there until 1952. In 1945, John's father founded 1st Woodville (St Stephens) Scout Group which is still going strong today.

FULL ARTICLE AT WIKIPEDIA.ORG
This article is licensed under the GNU Free Documentation License.
It uses material from the Wikipedia article "John Hurt."
Back to Article
/