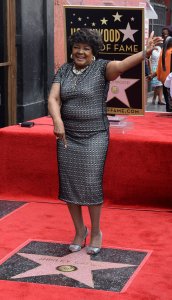 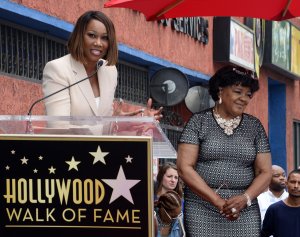 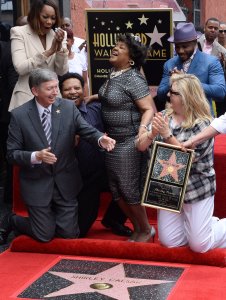 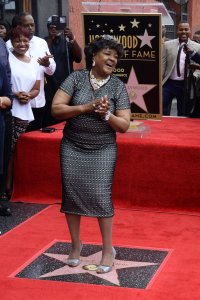 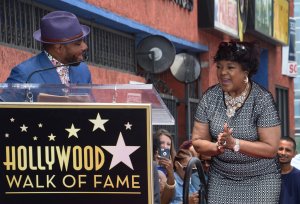 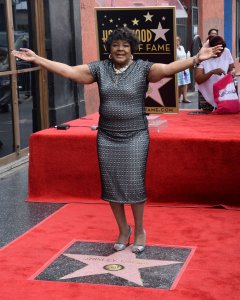 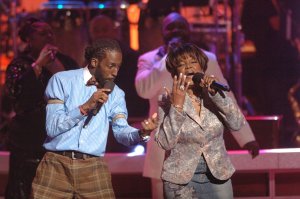 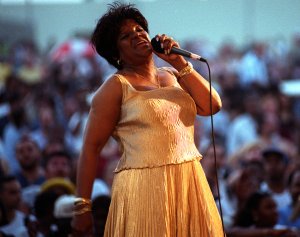 Entertainment News // 2 years ago
Tributes pour in for Aretha Franklin at star-studded funeral
Performances by Stevie Wonder and Jennifer Hudson accompanied remarks by former President Bill Clinton at the more than 6-hour funeral of Aretha Franklin. 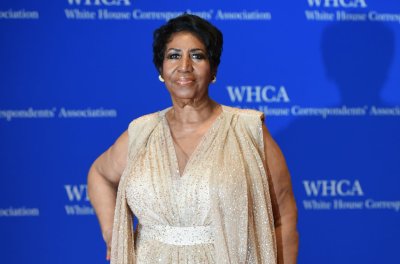 Entertainment News // 2 years ago
Fans gather at Aretha Franklin's public viewing
Fans of Aretha Franklin have lined up to pay their respects to the deceased music legend during the second day of public visitation services in Detroit.

Shirley Ann Caesar (born October 13, 1938, Durham, North Carolina) is an American Gospel music singer, songwriter and recording artist whose career has spanned six decades. A multi-award winning artist, with eleven Grammy Awards and seven Dove Awards to her credit, she is known as "First Lady of gospel".And she is well known for her gospel hit "your next in line for a miracle"

Beginning recording at the age of 13 in 1951, Shirley Caesar has released over forty albums, exploring her gift and spreading messages of faith. She has participated in over 16 compilations and three gospel musicals, Mama I Want to Sing, Sing: Mama 2 and Born to Sing: Mama 3.

Her credits also include a series of commercials for MCI Communications and several awards for her recordings. She has won or received 11 Grammy Awards, 13 Stellar Awards, 18 Doves, 1 RIAA gold certification, an Essence Award, McDonald's Golden Circle Lifetime Achievement Award, NAACP Achievement Award, SESAC Lifetime Achievement Award, as well as induction into the Gospel Music Hall of Fame. According to Soundscan, she has sold 2.2 million albums since 1991.Pastor Shirley has made several notable appearances including the televised Live from Disney World Night of Joy, the Gospel According to VH1, a White House performance for George Bush, and a speech on the Evolution of Gospel Music to the US Treasury Department

FULL ARTICLE AT WIKIPEDIA.ORG
This article is licensed under the GNU Free Documentation License.
It uses material from the Wikipedia article "Shirley Caesar."
Back to Article
/