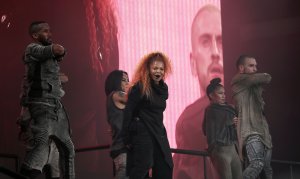 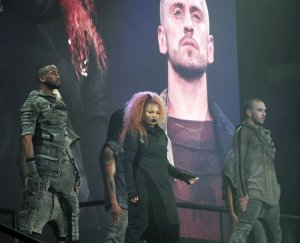 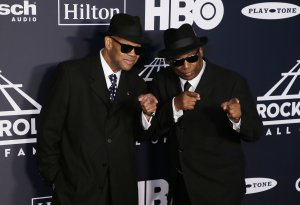 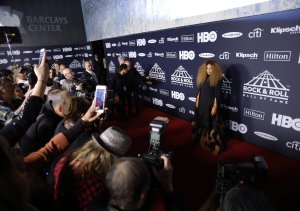 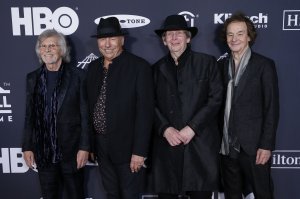 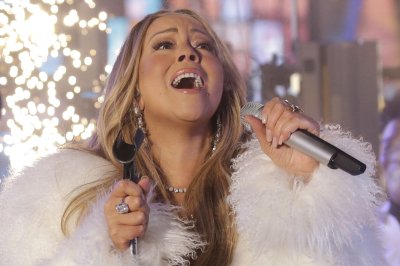 Entertainment News // 3 months ago
Ex-Virgin Music chief: BTS opened door to U.S. for other K-pop acts
The wild global success of Korean boy band BTS is not a stand-alone case but has opened the door for many more K-pop music acts to make inroads into the U.S. music market, a high-profile U.S. music executive said.

Top News // 11 months ago
The Almanac
On Feb. 1, 2003, the space shuttle Columbia broke apart during its descent over the southwestern United States. All seven astronauts aboard were killed.

I'm so excited to be able to hit the stage again

That's what he said. He, um... that's... everyone's been asking me about this

A couple of years ago I recorded some tracks with Rich Harrison. But none of that music will appear on my new album

Janet Damita Jo Jackson (born May 16, 1966) is an American recording artist and actress. Known for a series of sonically innovative, socially conscious and sexually provocative records, as well as elaborate stage shows, television and film roles, she has been a prominent figure in popular culture for over 25 years. She is ranked by Forbes magazine as one of the richest women in entertainment. The youngest child of the Jackson family, she began her career with the variety television series The Jacksons in 1976 and went on to appear in other television shows throughout the 1970s and early 1980s, including Good Times and Fame.

After signing a recording contract with A&M in 1982, she became a pop icon following the release of her third studio album Control (1986). Her collaborations with record producers Jimmy Jam and Terry Lewis incorporated elements of rhythm and blues, funk, disco, rap, and industrial beats, which led to crossover appeal in popular music. In addition to receiving recognition for the innovation in her records, choreography, music videos, and prominence on radio airplay and MTV, she was acknowledged as a role model for her socially conscious lyrics.

In 1991, she signed the first of two record-breaking, multi-million dollar contracts with Virgin Records, establishing her as one of the highest paid artists in the industry. Her debut album under the label, Janet (1993), saw her develop a public image as a sex symbol as she began to explore sexuality in her work. That same year, she appeared in her first starring film role in Poetic Justice; since then she has continued to act in feature films. By the end of the 1990s, she was named the second most successful recording artist of the decade. She has amassed an extensive catalog of hits, with singles such as "Nasty", "Rhythm Nation", "That's the Way Love Goes", "Together Again" and "All for You" among her most iconic.

FULL ARTICLE AT WIKIPEDIA.ORG
This article is licensed under the GNU Free Documentation License.
It uses material from the Wikipedia article "Janet Jackson."
Back to Article
/