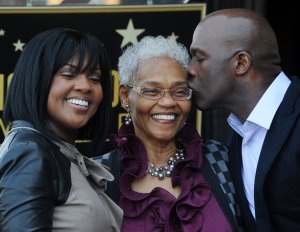 Music // 3 months ago
ACM Awards: How to watch, what to expect
The 56th annual Academy of Country Music Awards is taking place Sunday on CBS.

Entertainment News // 10 months ago
ACM Awards 2020: How to watch, what to expect
The 55th annual Academy of Country Music Awards are set to take place live from Nashville Wednesday at 8 p.m. EDT on CBS. 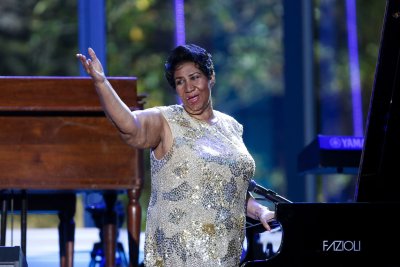 Entertainment News // 2 years ago
Gospel legends pay tribute to Aretha Franklin at AMAs
The American Music Awards paid tribute to the legacy of the late Aretha Franklin with a video montage and performances by various gospel artists.

Music // 3 years ago
Beach Boys, Temptations and more perform at 'A Capitol Fourth' concert
Actor and musician John Stamos will host the 2018 edition of "A Capitol Fourth" in Washington, D.C.

Priscilla Winans Love (born on October 8, 1964) and known professionally as CeCe Winans, is an American Gospel singer and winner of numerous Grammy Awards and Stellar Awards.

CeCe Winans was born in Detroit, Michigan to David and Delores ("Mom" and "Pop") Winans. She's the eighth of ten children, and the oldest of three girls.

Around time that Winans had been accepted to college, the television show "The PTL Club" (now known as "Praise the Lord") took interest in her and her brother Benjamin (BeBe) as potential background vocalists for the show. They were accepted after going to North Carolina to audition. BeBe and CeCe moved to the PTL campus in North Carolina, and were on the show for about five years. It was during this time that CeCe met her husband, Alvin Love, Jr. who was also from Detroit. During their time on The PTL Club, BeBe & CeCe recorded Lord Lift Us Up on PTL's label following popular demand on the show. The success yielded another effort, "Feels Like Heaven (With You)". Eventually the success warranted another effort: a full length album.

FULL ARTICLE AT WIKIPEDIA.ORG
This article is licensed under the GNU Free Documentation License.
It uses material from the Wikipedia article "CeCe Winans."
Back to Article
/