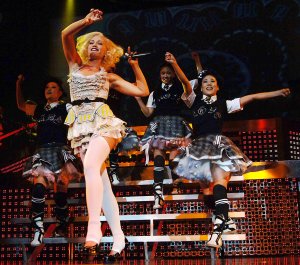 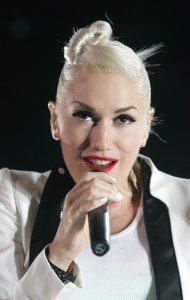 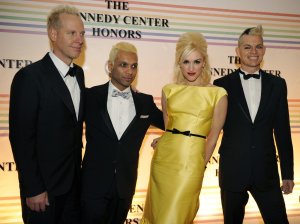 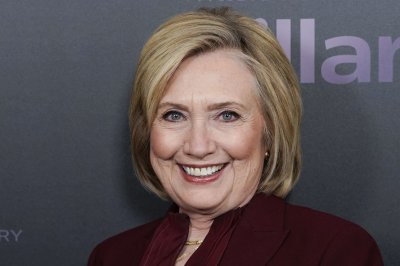 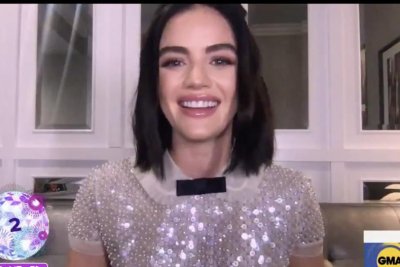 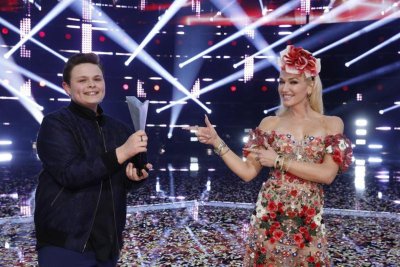 I just felt like doing a sort of a side project as a release from the kind of high expectations of Bush, and I began working on this other material

I'm not a movie star. It's almost embarrassing talking about a movie that I'm only in for a couple of minutes. It's like, don't blink or you'll miss me

Gwen Renée Stefani (pronounced /ˈɡwɛn stɛˈfɑːni/; born October 3, 1969) is an American singer-songwriter and fashion designer. Stefani is the lead vocalist for the rock band No Doubt. Stefani recorded her first solo album Love. Angel. Music. Baby. in 2004. The album was primarily inspired by music of the 1980s, and emerged a success with sales of seven million. The album's third single "Hollaback Girl" was the first U.S. digital download to sell one million copies. Stefani's second solo album, The Sweet Escape (2006), yielded "Wind It Up", "4 in the Morning" and the highest-selling single "The Sweet Escape". Including her work with No Doubt, Stefani has sold more than 40 million albums worldwide. She won the World's Best-Selling New Female Artist at the World Music Awards 2005.

In 2003, she debuted her clothing line L.A.M.B. and expanded her collection with the 2005 Harajuku Lovers line, drawing inspiration from Japanese culture and fashion. Stefani performs and makes public appearances with four back-up dancers known as the Harajuku Girls dancers. She married British grunge musician Gavin Rossdale in 2002 and they have two sons: Kingston James McGregor Rossdale, who was born May 26, 2006, and Zuma Nesta Rock Rossdale, who was born August 20, 2008. Billboard magazine named Stefani thirty-seventh Hot 100 artist of the decade. Stefani was ranked the 54th best artist of the 2000–10 decade by Billboard.

Stefani was born and raised in Anaheim, California, and grew up in a Roman Catholic household. Gwen attended Loara High School. Her mother named her after a stewardess in the 1968 novel Airport, and her middle name, Renée, comes from The Four Tops' 1968 cover of The Left Banke's 1966 hit song "Walk Away Renée". Her father, Dennis Stefani, is Italian-American and worked as a Yamaha marketing executive. He currently is Executive VP of The Added Value Company. Her mother, Patti (née Flynn), is of Irish and Scottish descent and worked as an accountant before becoming a homemaker. Gwen's parents were fans of folk music and exposed her to music by artists like Bob Dylan and Emmylou Harris. She is the second oldest of four children: she has a younger sister, Jill Stefani, a younger brother, Todd, and an older brother, Eric. Eric was the keyboardist for No Doubt but left the band to pursue a career in animation on The Simpsons on the FOX TV network.

FULL ARTICLE AT WIKIPEDIA.ORG
This article is licensed under the GNU Free Documentation License.
It uses material from the Wikipedia article "Gwen Stefani."
Back to Article
/