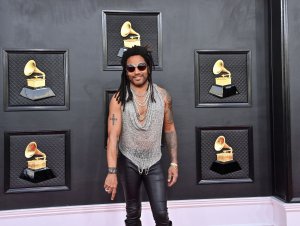 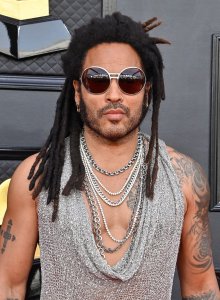 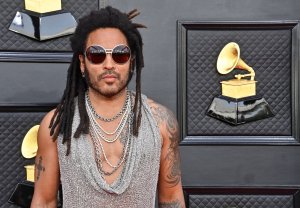 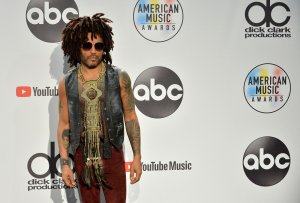 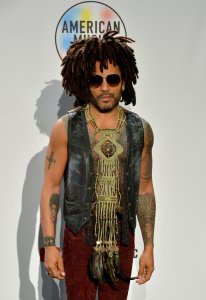 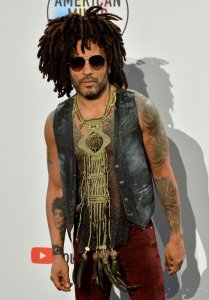 TV // 4 months ago
Zoe Kravitz on Robert Pattinson's Batman: 'I was able to forget it was Rob'
Zoë Kravitz and Robert Pattinson discussed their roles as Catwoman and Batman, respectively, in "The Batman" while appearing on "Good Morning America" on Friday.

I would like to apologize to my fans in Europe

It's time for a movement, and that movement starts in ourselves -- loving ourselves, learning to love those around us and building a world from there

I was really looking forward to getting out there to meet and play for my fans. Unfortunately, things come up in life that you cannot control. I hope my fans will understand and I will definitely make it up to them with these shows next year

They don't let their blindness hold them back. They jump out of planes. They do all kinds of crazy things. They go out at night and party and they pretend they're not blind and get away with it in most cases

Leonard Albert "Lenny" Kravitzovich (born May 26, 1964) is an American singer-songwriter, multi-instrumentalist, record producer and arranger, whose "retro" style incorporates elements of rock, soul, R&B, funk, reggae, hard rock, psychedelic, folk and ballads. In addition to singing lead and backing vocals, Kravitz often plays all the guitar, bass, drums, keyboards and percussion himself when recording. He is known for his elaborate stage performances and music videos.

Kravitz has had multiple number 1 hits on the US Top Singles Charts, though none by himself on the Hot 100, and many more worldwide. He won the Grammy Award for "Best Male Rock Vocal Performance" four years in a row from 1999 to 2002, breaking the record for most wins in that category and most consecutive wins in one category for a male. He has been nominated and won other awards, including American Music Awards, MTV Video Music Awards, Radio Music Awards, BRIT Awards and Blockbuster Entertainment Awards. Kravitz is playing Cinna in the film The Hunger Games.

Kravitz was born in New York City on May 26, 1964, the son of Roxie Roker, an actress known for her character Helen Willis in the 1970s hit television sitcom The Jeffersons, and Sy Kravitz, an NBC television news producer. Kravitz's father was of Russian Jewish descent and his mother was of Bahamian and African-American descent. Kravitz was named after his uncle, PFC Leonard Kravitz, who was killed in action in the Korean War at age 20 while defending against a Chinese attack and saving most of his platoon; he was posthumously awarded the Distinguished Service Cross.

FULL ARTICLE AT WIKIPEDIA.ORG
This article is licensed under the GNU Free Documentation License.
It uses material from the Wikipedia article "Lenny Kravitz."