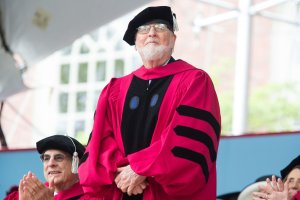 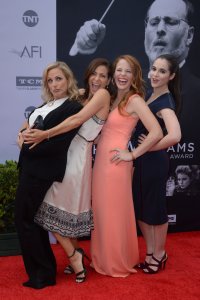 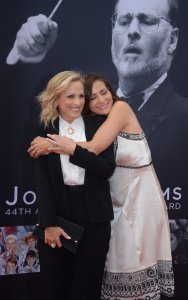 TV // 2 years ago
Henry Thomas, E.T. reunite for Comcast commercial
Henry Thomas reunited with his space alien co-star from the 1982 movie "E.T.: The Extra-Terrestrial" in a TV commercial that debuted on Thursday morning.

U.S. News // 2 years ago
18-year-old suspect held in fatal shooting of Alabama sheriff
An 18-year-old suspect was apprehended about three hours after a sheriff in a central Alabama county was fatally shot while answering a call at a convenience store Saturday night.

Science News // 3 years ago
Climate change having an outsize impact on national parks
National parks in the United States are experiencing the effects of climate change more intensely than surrounding areas.

They may have heard the sirens and just left everything

This is a terrible, terrible thing happening to these kids

They were a very nice family. I never had any problem with none of them

John Towner Williams (born February 8, 1932) is an American composer, conductor, and pianist. In a career spanning almost six decades, he has composed some of the most recognizable film scores in the history of motion pictures, most notably the Star Wars saga. Williams has also composed music for Jaws, Superman, the Indiana Jones films, E.T. the Extra-Terrestrial, Hook, Jurassic Park, Schindler's List, Home Alone and three Harry Potter films. He has composed the music for all but two of director Steven Spielberg's feature films.

Other notable works by Williams include theme music for four Olympic Games, the NBC Nightly News, the rededication of the Statue of Liberty, the DreamWorks Pictures production logo, and the television series Lost in Space. Williams has also composed numerous classical concerti, and he served as the principal conductor of the Boston Pops Orchestra from 1980 to 1993; he is now the orchestra's conductor laureate.

Williams has won five Academy Awards, four Golden Globe Awards, seven BAFTA Awards, and 21 Grammy Awards. With 45 Academy Award nominations, Williams is, together with composer Alfred Newman, the second most nominated person, after Walt Disney. John Williams was honored with the prestigious Richard Kirk award at the 1999 BMI Film and TV Awards. The award is given annually to a composer who has made significant contributions to film and television music. Williams was inducted into the Hollywood Bowl Hall of Fame in 2000, and was a recipient of the Kennedy Center Honors in 2004.

FULL ARTICLE AT WIKIPEDIA.ORG
This article is licensed under the GNU Free Documentation License.
It uses material from the Wikipedia article "John Williams."