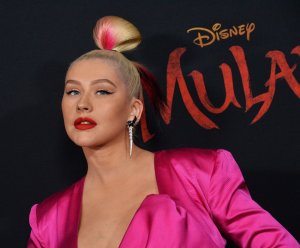 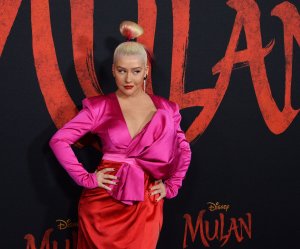 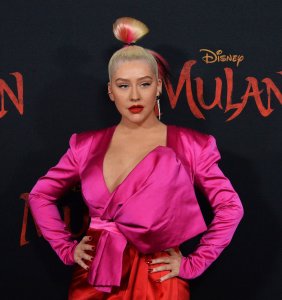 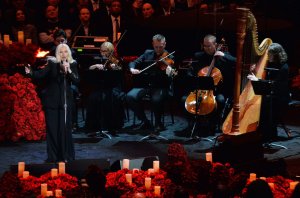 TV // 3 months ago
Meghan McCain to return to 'The View' on Monday
Meghan McCain will return to "The View" on Jan. 4 after taking maternity leave for the birth of her daughter, Liberty Sage.

TV // 8 months ago
Dua Lipa interviews Gwen Stefani as guest host of 'Kimmel'
Dua Lipa took over as host of "Jimmy Kimmel Live" and interviewed Gwen Stefani about living on a ranch in Oklahoma with her boyfriend Blake Shelton.

TV // 11 months ago
'Disney Family Singalong, Vol. II' to air May 10
Ryan Seacrest is set to host a second edition of the star-studded "Disney Singalong" special.

Because I hadn't said anything, people thought I was trying to keep it this big, bad secret, and that's not the case at all. I just wasn't commenting. I'm not being like, 'Hey, everybody, I'm pregnant!

Congratulations to the most beautiful pregnant woman in the world. You're gorgeous

It's nice to have an all-female, girl-empowered kind of show

She got me a really beautiful crystal vase and a little crystal bucket that you can put ... champagne in (when I got married)

Christina María Aguilera (born December 18, 1980) is an American recording artist and actress. Aguilera first appeared on national television in 1990 as a contestant on the Star Search program, and went on to star in Disney Channel's television series The Mickey Mouse Club from 1993–1994. Aguilera signed to RCA Records after recording "Reflection", the theme song for the animated film Mulan (1998).

In 1999, Aguilera came to prominence following her debut album Christina Aguilera, which was a commercial success spawning three number one singles on the Billboard Hot 100—"Genie in a Bottle", "What a Girl Wants", and "Come On Over Baby (All I Want Is You)." Her sophomore and her debut Latin-pop album, Mi Reflejo (2000), a Christmas third studio album, My Kind of Christmas (2000), and several collaborations followed which garnered Aguilera worldwide success, though she was displeased with her lack of input in her music and image. After parting from her management, Aguilera took creative control over her fourth studio album, Stripped (2002). The album's second single, "Beautiful," was a commercial success and helped the album's commercial performance amidst controversy over Aguilera's image. Aguilera followed up Stripped with the soul, jazz and blues inspired, Back to Basics (2006), released to positive critical acclaim. Four years later Aguilera released her sixth studio album, Bionic (2010), which incorporated aspects of R&B, electropop, and synthpop and was met with mixed reviews and poor sales.

Aside from being known for her vocal ability, music videos and image, musically, she includes themes of dealing with public scrutiny, her childhood, and female empowerment in her music. Apart from her work in music, she has also dedicated much of her time as a philanthropist for charities, human rights and world issues which include her work as a UN ambassador for the World Food Programme. She made her feature film debut in the musical Burlesque (2010), earning Aguilera a Golden Globe nomination for Best Original Song. Aguilera's work has earned her numerous awards and accolades, including a star on the Hollywood Walk of Fame, four Grammy Awards and a Latin Grammy Award, amongst fifteen and three nominations respectively. Rolling Stone ranked her number fifty-eight on their list of the 100 Greatest Singers of All Time, ranking as the youngest and only artist on the list under the age of thirty. She was ranked the 20th Artist of the 2000–09 decade by Billboard and is the second top selling single artist of the 2000s behind Madonna. Christina Aguilera has sold 50 million records worldwide making her one of the best-selling music artists of all time.

FULL ARTICLE AT WIKIPEDIA.ORG
This article is licensed under the GNU Free Documentation License.
It uses material from the Wikipedia article "Christina Aguilera."
Back to Article
/