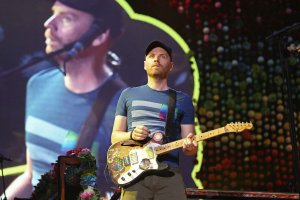 TV // 3 years ago
Ed Sheeran to guest star on 'Game of Thrones' Season 7
"Game of Thrones" showrunners David Benioff and D.B. Weiss have confirmed that pop star Ed Sheeran will guest star during Season 7 of the hit fantasy drama.

I'd like to say, first of all, thank you, and sorry to Sir Paul McCartney for blatantly recycling the Sgt. Pepper outfits

William "Will" Champion (born 31 July 1978) is the drummer of the band Coldplay.

William Elan Champion was born in Southampton, Hampshire, England where his father, Timothy Champion, is a professor of archaeology at the University of Southampton. As a youth, his musical influences included Tom Waits and traditional Irish folk music. He grew up playing guitar, but also had experience on the piano, bass, and tin whistle. Before William Champion joined Coldplay, he performed in a band called Fat Hamster.

FULL ARTICLE AT WIKIPEDIA.ORG
This article is licensed under the GNU Free Documentation License.
It uses material from the Wikipedia article "Will Champion."
Back to Article
/