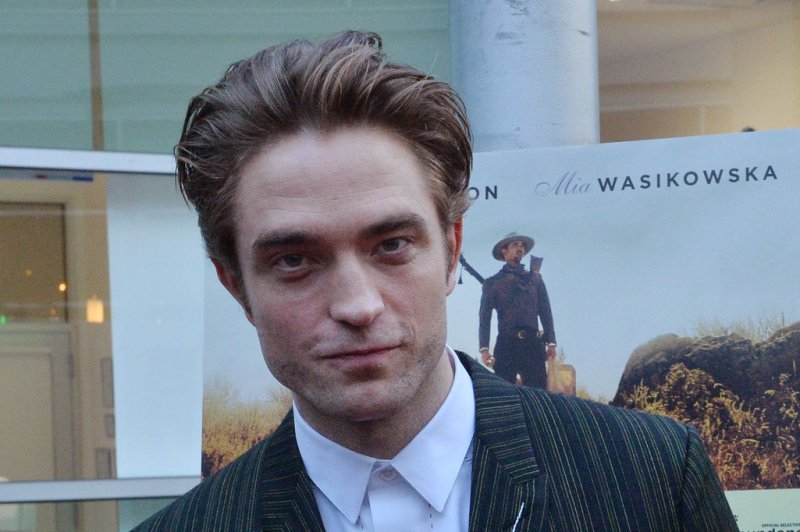 Robert Pattinson plays Preston Teagardin in "The Devil All the Time," a new Netflix film based on the Donald Ray Pollock novel of the same name. File Photo by Jim Ruymen/UPI | License Photo

Nicole Kidman portrays Grace Fraser in "The Undoing," a new HBO miniseries based on the Jean Hanff Korelitz novel "You Should Have Known." File Photo by Jim Ruymen/UPI | License Photo

Aug. 31 (UPI) -- I'm Thinking of Ending Things, The Devil All the Time, You Should Have Known, Deep Water and other books are being adapted for film and television this fall.

New adaptations will open in theaters and debut on streaming services in September, October and November.

Some big-name stars are attached to other movies and TV series based on books. Here's a rundown:

The 2016 book is writer Iain Reid's debut novel. The story is a psychological thriller narrated by a young woman who accompanies her boyfriend, Jake, to meet his parents for the first time. The couple take a detour that turns terrifying.

Netflix is adapting the book as a new film directed by Charlie Kaufman (Eternal Sunshine of the Spotless Mind). Jessie Buckley stars as the young woman, with Jesse Plemons as Jake and Toni Collette and David Thewlis as Jake's parents.

Netflix released a trailer for the movie in August that hints at "something profoundly wrong." The film premieres Sept. 4.

'The Devil All the Time'

The 2011 book is author Donald Ray Pollock's first novel. The story follows Arvin Russell, a young man whose father served in World War II, and other characters from the end of WWII into the 1960s.

Netflix shared a trailer for the film in August that teases the connections between the characters. The movie premieres Sept. 16.

'One Flew Over the Cuckoo's Nest'

The 1962 novel by Ken Kesey takes place at an Oregon psychiatric hospital. The story is narrated by Chief Bromden, a patient who depicts life at the institution, including the antics of fellow patient Randle Patrick McMurphy and the authoritative rule of Nurse Ratched.

Netflix is developing a new psychological horror series, Ratched, that centers on Ratched. The show is a prequel to One Flew Over the Cuckoo's Nest that provides a backstory for the villainous Ratched.

Netflix released a trailer for Ratched in August that shows Ratched (Paulson) attempting to "show mercy" to the patients. The series premieres Sept. 18.

The young adult detective series by Nancy Springer consists of six books, beginning with The Case of the Missing Marquess (2006). The series centers on Enola Holmes, the teenage sister of Mycroft and Sherlock Holmes and a gifted sleuth in her own right.

Netflix is adapting The Case of the Missing Marquess as the new film Enola Holmes, directed by Harry Bradbeer (Fleabag, Killing Eve). Millie Bobby Brown stars as Enola, with Sam Claflin as Mycroft, Henry Cavill as Sherlock and Helena Bonham Carter as the siblings' mom, Eudoria.

Netflix shared a teaser trailer for Enola Holmes in August that introduces Brown as Enola. The movie follows Enola as she searches for her mother, who has gone missing, and premieres Sept. 23.

'The War with Grandpa'

The 1984 children's novel by Robert Kimmel Smith is narrated by Peter, a young boy whose grandfather takes his room when he comes to live with the family. Peter declares war on his grandpa and devises a series of outrageous pranks.

The book is being adapted as a new film directed by Tim Hill (Muppets from Space). Oakes Fegley stars as Peter, with Robert De Niro as Peter's grandfather Ed, Uma Thurman and Rob Riggle as Peter's parents and Christopher Walken and Cheech Marin as Ed's friends.

101 Studios released a trailer for The War with Grandpa in August that shows Ed (De Niro) taking on Peter (Fegley) and his friends in a dodgeball fight. The film opens in theaters Oct. 9.

The 1985 short story by Clive Barker appears in Barker's horror fiction collection In the Flesh, or Books of Blood Volume Five. The story follows Helen, a college student who discovers the urban legend of the Candyman, a supernatural figure with a hook for one hand.

"The Forbidden" was previously adapted as the 1992 film Candyman, which presented the Candyman as the ghost of a Black artist who was murdered over his relationship with a White woman. Universal Pictures is developing a contemporary sequel co-written and produced by Jordan Peele (Get Out).

The new Candyman stars Yahya Abdul-Mateen II, Teyonah Parris and Tony Todd. Universal Pictures shared a trailer for the film in February that introduces Abdul-Mateen as Anthony, a visual artist. The movie opens in theaters Oct. 16.

The 1938 novel by Daphne du Maurier centers on a young woman who marries a wealthy widower, Maxim de Winter. After moving to his estate, the woman is haunted by the memory of her husband's late wife, Rebecca.

Netflix released first-look photos for the film in August, including a picture of a passionate moment between Mrs. de Winter (James) and Maxim (Hammer). The movie premieres Oct. 21.

'You Should Have Known'

The 2014 novel by Jean Hanff Korelitz is a psychological thriller that follows a successful therapist, Grace, on the verge of publishing her first book. The character's seemingly- perfect life is upended after a violent death.

HBO is adapting the book as the new miniseries The Undoing, written and executive produced by David E. Kelley (Big Little Lies). Nicole Kidman stars as Grace, with Hugh Grant as her husband, Jonathan, Noah Jupe as their son, Henry, Edgar Ramirez as Det. Joe Mendoza and Lily Rabe as Sylvia Steineitz.

HBO shared a teaser trailer for The Undoing in August that hints at hidden "ugly truths." The series premieres Oct. 25.

The 2013 novel by Larry Watson takes place in 1951 in North Dakota. The story centers on a couple, George and Margaret, whose only son died years ago. After their daughter-in-law remarries into a dangerous Montana family, the couple risk all to bring their grandson home.

The book is being adapted as a new film directed by Thomas Bezucha (The Family Stone). Diane Lane and Kevin Costner star as Margaret and George, with Lesley Manville as Blanche Weboy, the matriarch of the Montana family.

Focus Features released a trailer for the movie in August that shows Margaret (Lane) and George (Costner) at a tense dinner with Blanche (Manville) and her family. The film opens in theaters Nov. 6.

The 1957 novel by Patricia Highsmith is a psychological thriller that takes place in a small town. The story centers on Vic and Melinda Van Allen, a couple in a loveless marriage whose arrangement turns deadly.

The book is being adapted as a new movie directed by Adrian Lyne (Fatal Attraction, Indecent Proposal). Ben Affleck and Ana de Armas stars as Vic and Melinda. The pair started dating after meeting on the set of the film.

'The Devil All the Time': Tom Holland, Robert Pattinson are 'connected' in first trailer Sarah Paulson is Nurse Ratched in trailer for Netflix series 'Candyman' returns in first trailer for upcoming horror revival What to watch next: Sign up for UPI's Streaming newsletter