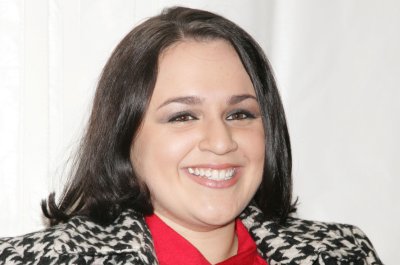 Entertainment News // 1 year ago
'Hairspray' actress Nikki Blonsky comes out as gay
Nikki Blonsky, who played Tracy Turnblad in the "Hairspray" remake, celebrated her coming out by dancing to Diana Ross' "I'm Coming Out" in a new video.

Movies // 3 years ago
2018 Oscars: How to watch
The 90th Academy Awards ceremony, which will honor the best in cinema for 2017, is scheduled to take place Sunday in Los Angeles.

It's amazing how many actors say to me, 'Put in a word for me, I would like to do it.' And I mean big names

Staying viable is very difficult. I've been going for a long time, even though I didn't really get into movies until my 30s. But I think I've gotten better as I've gotten older. It's just from experience, doing it, the same as baking bread or anything else

Christopher Walken is a star. I was very excited to meet him because he's very famous and French people like him very much and everyone is a little scared of him. It's like, 'That guy is a strange guy who came from another planet.' (Laughs) He's going to be my husband, I was a little afraid, and when I met him, he's a very sweet man. He was scared, like I was, the first day of shooting, and very anxious and has a big sense of humor and loves cats, like me. There were cats on the set and he was talking to the cats all the time

Christopher Walken (pronounced /ˈwɔːkən/; born March 31, 1943) is an American stage and screen actor. He has appeared in more than 100 movies and television shows, including Joe Dirt, Annie Hall, The Deer Hunter, The Prophecy, The Dogs of War, Sleepy Hollow, Brainstorm, The Dead Zone, A View to a Kill, At Close Range, King of New York, True Romance, Catch Me If You Can, Pulp Fiction, Wedding Crashers, Balls of Fury, Click, and Hairspray as well as music videos by recording artists such as Madonna, Journey and Fatboy Slim.

Walken's films have grossed more than $1.8 billion in the United States. He has also played the main role in the Shakespeare plays Hamlet, Macbeth, Romeo and Juliet, and Coriolanus. He is also a popular guest-host of Saturday Night Live, having hosted 7 times as of April 2008. His most notable role on the show was record producer Bruce Dickinson in the "More Cowbell" sketch.

Walken debuted as a film director and script writer with the short film Popcorn Shrimp in 2001. He also wrote and acted the main role in a play about Elvis Presley titled Him in 1995.

FULL ARTICLE AT WIKIPEDIA.ORG
This article is licensed under the GNU Free Documentation License.
It uses material from the Wikipedia article "Christopher Walken."
Back to Article
/