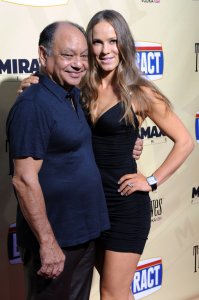 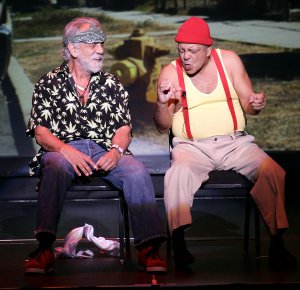 Entertainment News // 3 months ago
What to stream this weekend: 'Dune,' 'Insecure' Season 5
"Dune," "Insecure" Season 5, "Inside Job," "Curb Your Enthusiasm" Season 11 and "Locke & Key" Season 2 are some of the entertainment options streaming this weekend.

TV // 1 year ago
Disney's 'Elena of Avalor' to end in August with prime-time finale
Disney animated series "Elena of Avalor" will end after three seasons with a prime-time special that will air Aug. 23 at 7 p.m. EDT on Disney Junior and DisneyNOW.

You can't love or hate Chicano art unless you see it. Ninety-nine percent of the country doesn't know what a Chicano is, much less what their art looks like. That is the purpose of this tour

Mexican Americans love education/So they go to night school, and they take Spanish/and get a

Richard Anthony "Cheech" Marin (born July 13, 1946) is an American comedian and actor who gained recognition as part of the comedy act Cheech & Chong during the 1970s and early 1980s, and as Don Johnson's quick-and-scheme partner, Insp. Joe Dominguez on Nash Bridges.

Marin, a Mexican American, was born in Los Angeles, California, the son of Elsa (née Meza), a secretary, and Oscar Marin, a policeman in the LAPD. He was raised Roman Catholic. Marin is a graduate of California State University Northridge where he was a member of Phi Sigma Kappa. Fleeing from the U.S. draft during the height of the Vietnam War in September of 1967, Marin settled in Vancouver, British Columbia, where he met his future comedic partner Tommy Chong. He is fluent in English and in Spanish.

As a part of the duo Cheech and Chong he participated in a number of comedy albums and feature film comedies. After he and Tommy went their separate ways, he starred in a number of films as a solo actor, most notably Born in East L.A., Tin Cup and Once Upon a Time in Mexico. His nickname "Cheech" is short for "Chicharron", a spicy fried pork skin which is a popular snack in Mexican cuisine and the alliteration with Chong's name made for a great name together.

FULL ARTICLE AT WIKIPEDIA.ORG
This article is licensed under the GNU Free Documentation License.
It uses material from the Wikipedia article "Cheech Marin."