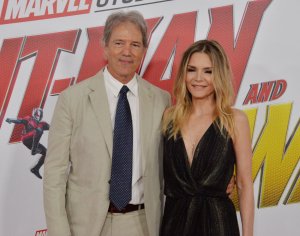 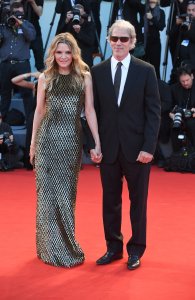 TV // 6 months ago
Peacock orders 'Missing' series from David E. Kelley
Peacock said it has ordered to series, "The Missing," with David E. Kelley as showrunner, writer and executive producer.

TV // 10 months ago
'Big Sky' Season 2 to premiere Sept. 30 on ABC
"Big Sky," a crime drama created by David E. Kelley and starring Katheryn Winnick and Kylie Bunbury, will return for a second season in September.

The more lawyers there are, the more people are out there to encourage others not to go to law school

I used to be the youngest producer on the lot. Now I'm the oldest

Kelley was born in Waterville, Maine, raised in Belmont, Massachusetts and attended the Belmont Hill School. He is the son of legendary Boston University Terriers and New England Whalers hockey coach Jack Kelley and played the game himself. Kelley was a stick boy for the Whalers during his father's time as coach and the captain of the hockey team at Princeton University, from which he graduated in 1979 with a degree in politics.

Demonstrating early on a creative and quirky bent, in his junior year at Princeton, Kelley submitted a paper for a political science class about John F Kennedy's plot to kill Fidel Castro, written as a poem. For his senior thesis he turned the Bill of Rights into a play. "I made each amendment into a character", he said. "The First Amendment is a loudmouth guy who won't shut up. The Second Amendment guy, all he wanted to talk about was his gun collection. Then the 10th Amendment, the one where they say leave the rest for the states to decide, he was a guy with no self-esteem." Also while at Princeton, he was a member of the Princeton Triangle Club.

FULL ARTICLE AT WIKIPEDIA.ORG
This article is licensed under the GNU Free Documentation License.
It uses material from the Wikipedia article "David E. Kelley."