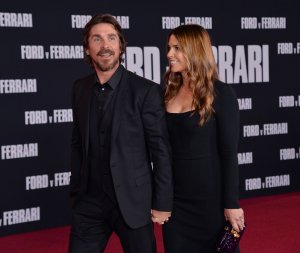 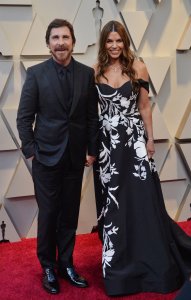 Entertainment News // 6 months ago
Tessa Thompson went 'wombat crawling' while filming 'Thor 4' in Australia
Tessa Thompson, who plays Valkyrie in the Marvel Cinematic Universe, said she had some adventures while shooting "Thor: Love and Thunder" in Australia.

Odd News // 1 year ago
1968 Ford Mustang sells for record-breaking $3.85 milion
A 1965 Ford Mustang Shelby GT350R, the first prototype of the line of competition cars and the first to win a race, set a new record by selling for $3.85 million.

Christian Bale attended a London police station today, on a voluntary basis, in order to assist with an allegation that had been made against him to the police by his mother and sister. Mr. Bale, who denies the allegation, cooperated throughout, gave his account in full of the events in question, and has left the station without any charge being made against him by the police. At this time, there will be no further comment by Mr. Bale

The thing is that this will be, I believe, unless Chris says different, this will be the last time I'm playing Batman

Thank you so much. This is so great because I feel like Dicky's winning this as well

Christian Charles Philip Bale (born 30 January 1974) is an English actor. Best known for his roles in American films, Bale has starred in both big budget Hollywood films and the smaller projects from independent producers and art houses.

Bale first caught the public eye at the age of 13, when he was cast in the starring role of Steven Spielberg's Empire of the Sun. He played an English boy who is separated from his parents and subsequently finds himself lost in a Japanese internment camp during World War II. He is notable for portraying Bruce Wayne in the Batman films Batman Begins and The Dark Knight, as well as yuppie serial killer Patrick Bateman in American Psycho.

FULL ARTICLE AT WIKIPEDIA.ORG
This article is licensed under the GNU Free Documentation License.
It uses material from the Wikipedia article "Christian Bale."