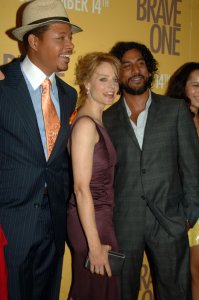 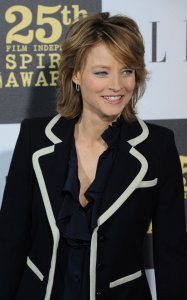 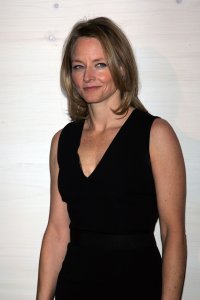 Entertainment News // 1 year ago
Golden Globes 2019: Jeff Bridges to receive Cecil B. DeMille Award
"The Big Lebowski" star Jeff Bridges will be honored at the 2019 Golden Globe Awards in January.

U.S. News // 2 years ago
Judge allows failed Reagan assassin Hinckley to live alone
A federal judge ruled John Hinckley, who tried to kill President Ronald Reagan in 1981, can move out of his mother's house and live on his own.

It's kind of about a vigilante, somebody who has been the victim of a crime and who can't quite get over it and then finds herself mowing people down

When you love a friend, you don't abandon them when they are struggling

I don't need to go to a club and go dancing, but I need to go home. I'm just one of those people (that) when I'm making a movie, I don't ever want to go out to dinner (with the cast) -- ever, ever, ever

The times when they're both sitting in the backseat and one of them's looking around smiling and the other's singing, it's just the best

News from the entertainment capital Jan 24, 2002

Foster began acting in commercials at three years old, and her first significant role came in the 1976 film Taxi Driver as the preteen prostitute, Iris, for which she received a nomination for the Academy Award for Best Supporting Actress. Also that year, she starred in the cult film The Little Girl Who Lives Down the Lane. She won an Academy Award for Best Actress in 1989 for playing a rape survivor in The Accused. In 1991, she starred in The Silence of the Lambs as Clarice Starling, a gifted FBI trainee, assisting in a hunt for a serial killer. This performance received international acclaim and her second Academy Award for Best Actress. She received her fourth Academy Award nomination for playing a hermit in Nell (1994). Other popular films include Maverick (1994), Contact (1997), Panic Room (2002), Flightplan (2005), Inside Man (2006), The Brave One (2007), and Nim's Island (2008).

Foster's films have spanned a wide variety of genres, from family films to horror. In addition to her two Academy Awards she has won three Bafta Awards, two Golden Globe Awards, a Screen Actors Guild Award, a People's Choice Award, and has received two Emmy nominations.

FULL ARTICLE AT WIKIPEDIA.ORG
This article is licensed under the GNU Free Documentation License.
It uses material from the Wikipedia article "Jodie Foster."
Back to Article
/