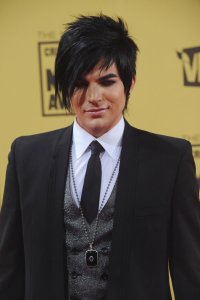 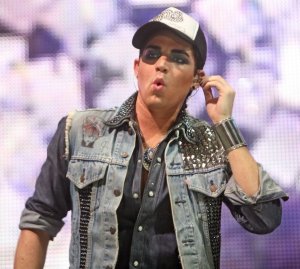 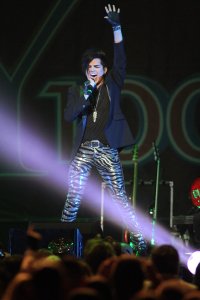 Entertainment News // 3 months ago
Avicii's dad remembers late DJ: 'He had a good heart'
Klas Bergling spoke to "CBS This Morning" about his son, "Wake Me Up" producer Avicii, to promote mental health awareness.

Music // 5 months ago
Star-studded Avicii tribute concert planned for Dec. 5 in Stockholm
Adam Lambert, Rita Ora, Aloe Blacc and David Guetta are among the artists booked for the Avicii Tribute Concert for Mental Health Awareness on Dec. 5 in Stockholm.

Music // 6 months ago
Adam Lambert to release new EP in September
Adam Lambert shared a release date and track list for "Velvet: Side A," his first new album in four years.

Amongst all that furor, there wasn't really a quiet moment to talk

I think that may be the perception because certain people that have gone through the system didn't have a strong idea of what they wanted to do visually. I think the minute you do, they respond to that. And I've been very verbal and opinionated about what I want to create, and they've been nothing but supportive of that

Adam Mitchel Lambert (born January 29, 1982) is an American singer, songwriter, and actor from San Diego, California. In May 2009, he finished as the runner-up on the eighth season of American Idol. The Times identified Lambert as one of the few openly gay mainstream pop artists to launch a career on a major label in the United States.

Lambert released his debut album, For Your Entertainment, in November 2009, via RCA Records/19 Recordings. The album debuted at number three on the Billboard 200 in December 2009, selling 198,000 copies in the United States in the first week. In 2010, Lambert was nominated for the Grammy Award for Best Male Pop Vocal Performance for "Whataya Want from Me".

Adam Lambert was born in Indianapolis, Indiana. He is the son of Leila, an interior designer, and Eber Lambert, a program manager for Novatel Wireless. He has a younger brother, Neil.

FULL ARTICLE AT WIKIPEDIA.ORG
This article is licensed under the GNU Free Documentation License.
It uses material from the Wikipedia article "Adam Lambert."
Back to Article
/