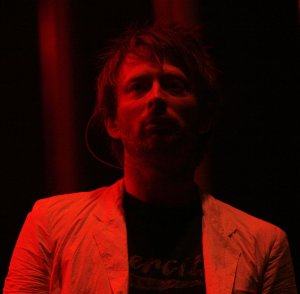 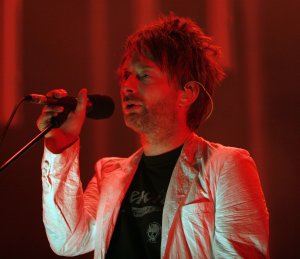 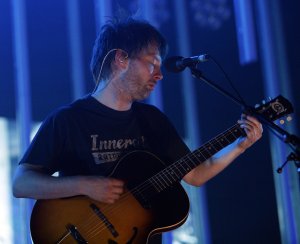 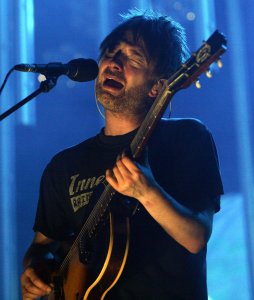 Music // 2 months ago
Thom Yorke moves solo tour from spring to fall
Thom Yorke of Radiohead announced on Wednesday that his solo, "Tomorrow's Modern Boxes" tour, will take place during the fall in the U.S. starting in September.

Music // 2 months ago
Radiohead to perform weekly live shows on YouTube
The band Radiohead committed to putting on live shows to stream on YouTube during the coronavirus pandemic. They announced the first show Wednesday on Twitter.

Music // 1 year ago
Thom Yorke to tour North America in the fall
Radiohead singer Thom Yorke will perform with Nigel Godrich and Tarik Barri as Tomorrow's Modern Boxes in September and October. 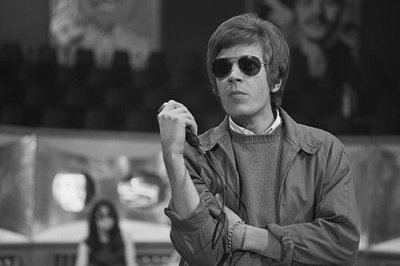 Entertainment News // 1 year ago
Musician Scott Walker dead at 76
Scott Walker, an influential musician and former member of The Walker Brothers, has died at the age of 76. 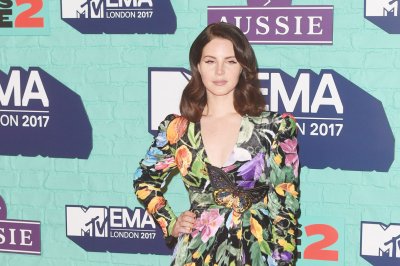 Music // 2 years ago
Radiohead sues Lana Del Rey for plagiarism
Radiohead has sued Lana Del Rey over her song, "Get Free," which the British band says is too similar to its super hit, "Creep," Del Rey confirmed Sunday. 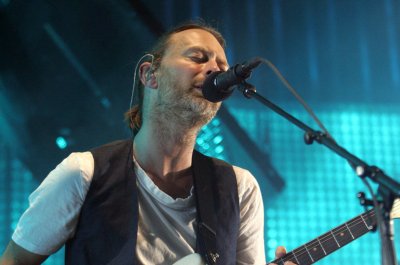 We didn't want it to be a big announcement about 'everything's over except the Internet, the Internet's the future,' 'cause that's utter rubbish. And it's really important to have an artifact as well, as they call it, an object

We fully expect to be compensated fairly and on par with the larger companies, we will not accept second-rate terms because we are smaller companies

Thomas Edward Yorke (born 7 October 1968) is an English musician who is the lead singer and principal songwriter of the alternative rock group Radiohead. As a singer, Yorke is recognisable by his distinctive tenor voice, vibrato, frequent use of falsetto and ability to reach, and sustain, notes over a wide vocal range. He mainly plays guitar and piano, but he has also played drums and bass guitar (notably during the Kid A and Amnesiac sessions). In July 2006, he released his debut solo album, The Eraser.

Yorke was born on 7 October, 1968, in Wellingborough, Northamptonshire. At birth, his left eye was fixed shut; the doctors determined that the eye was paralyzed and that the condition was permanent. Yorke's parents took him to an eye specialist, who suggested a muscle graft. Yorke underwent five eye operations before he was six years old. Yorke's father, a chemical equipment salesman, was hired by a firm in Scotland shortly after his son's birth and the family lived there until Yorke was seven. During this time Yorke had to wear a patch over his eye. He has stated that the last surgery was "botched," giving him a drooping eyelid.

Yorke's family moved frequently; Yorke would move from school to school, where classmates teased him because of his eye problems. The family finally settled in Oxfordshire in 1978. Yorke received his first guitar when he was seven, inspired by Queen guitarist Brian May. By age eleven he had joined his first band and written his first song. He attended the all boys public school Abingdon where he met future band members Ed O'Brien, Phil Selway, Colin Greenwood and Colin's younger brother, Jonny Greenwood. Yorke and his friends formed a band named On A Friday, as Friday was the only day on which the members were allowed to rehearse. Yorke, in this early line up, played guitar and provided vocals, and was already developing his songwriting and lyrical skills. Yorke, speaking about music's influence on him as a schoolboy, said, "School was bearable for me because the music department was separate from the rest of the school. It had pianos in tiny booths, and I used to spend a lot of time hanging around there after school."

FULL ARTICLE AT WIKIPEDIA.ORG
This article is licensed under the GNU Free Documentation License.
It uses material from the Wikipedia article "Thom Yorke."
Back to Article
/