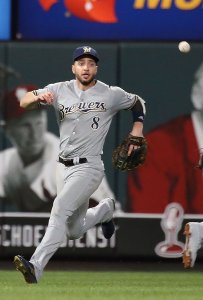 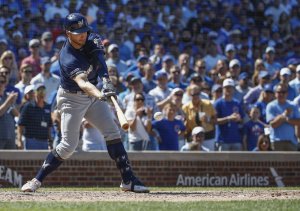 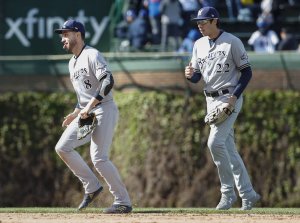 MLB // 1 year ago
Ryan Braun grand slam puts Brewers in playoffs; Cubs, Mets eliminated
The Milwaukee Brewers are headed to the postseason for the second consecutive year after a 9-2 win against the Cincinnati Reds Wednesday night.

MLB // 1 year ago
Ryan Braun saves Brewers with go-ahead grand slam vs. Cardinals
Veteran outfielder Ryan Braun belted a 3-2 slider over the center field fence at Busch Stadium for a 433-foot grand slam in the ninth inning to lead the Milwaukee Brewers over the St. Louis Cardinals. 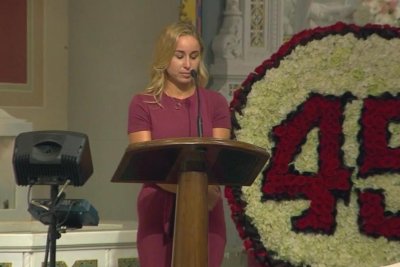 I was drafted by the Brewers and although my career is just beginning, I know that the long-term future of this franchise is very promising

He played college baseball at the University of Miami. There, he was named "National Freshman of the Year" by Baseball America in 2003, and an All American as a freshman and junior. The Brewers drafted him in the first round (fifth overall) in the 2005 major league draft. He was the team's Minor League Player of the Year in 2006.

FULL ARTICLE AT WIKIPEDIA.ORG
This article is licensed under the GNU Free Documentation License.
It uses material from the Wikipedia article "Ryan Braun."
Back to Article
/