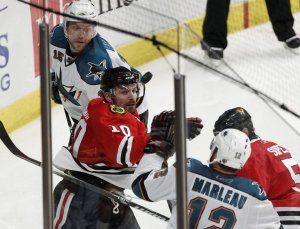 NHL // 1 year ago
Maple Leafs' Mitch Marner thrills little girl with puck flip, selfie
Winger Mitch Marner delighted a girl in the stands by flipping her a puck and taking a selfie before scoring in the Toronto Maple Leafs' win against Vegas. 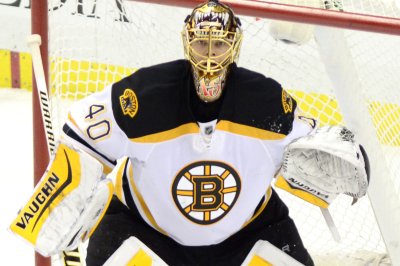 Patrick Denis Marleau (born September 15, 1979) is a Canadian professional ice hockey forward currently playing for the San Jose Sharks of the National Hockey League. He serves as the alternate captain for the Sharks during home games. Marleau is the all-time Sharks leader in goals, even strength goals, power play goals, points, shots, and games played having spent his entire NHL career with the Sharks since being drafted second overall by the franchise in the 1997 NHL Entry Draft. He played his 1000th NHL game on 17 January 2011 against the Phoenix Coyotes. He has been named one of the Top 50 (#42 on the list) players headed into the 2010-2011 season by The Hockey News.

Patrick grew up on his family farm near Aneroid, Saskatchewan. There is no hospital in Aneroid so he was born in nearby Swift Current, Saskatchewan.

According to some sources, Marleau's birthplace is Aneroid, while others say Swift Current.

FULL ARTICLE AT WIKIPEDIA.ORG
This article is licensed under the GNU Free Documentation License.
It uses material from the Wikipedia article "Patrick Marleau."
Back to Article
/