Toronto Maple Leafs forward Patrick Marleau, along with a conditional first-round pick and a seventh-round pick, was sent to the Carolina Hurricanes for a sixth-round selection in the 2020 NHL Draft. File Photo by Bill Greenblatt/UPI | License Photo

The Maple Leafs dealt Marleau, along with a conditional first-round pick and a seventh-round choice in the 2020 NHL Draft, to the Carolina Hurricanes for a 2020 sixth-round selection.

If the Maple Leafs' first-round pick in the 2020 draft is a top-10 selection, the Hurricanes will instead receive Toronto's first-round choice in 2021.

The Hurricanes absorb the $6.25 million remaining on Marleau's three-year contract he signed in 2017, giving the Maple Leafs additional cap space to negotiate a long-term deal with Mitch Marner.

"There were a few teams in the mix," Maple Leafs general manager Kyle Dubas told reporters. "We couldn't take any salary back and wanted to protect ourselves, and we didn't want to give up any of our younger players. In fact, we were trying to get them all signed.

"In our situation with our cap, we didn't want to do one of those trades where it was moving salary or a cap hit that was going to take somebody off our roster, so you start looking at your draft capital. When you start talking about a $6.25 million cap hit and $4 million in cash, you have to pay a hefty price and that's what we've done."

Despite Marleau's large price tag, Hurricanes general manager Don Waddell said the trade wasn't made to buy out the forward.

"No, we'll talk to him," Waddell told reporters. "The plan would be to meet with Patrick and talk to him to see where he's at, and if he wanted to be a Hurricane. We'd certainly love to have him as a Hurricane." 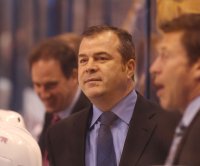 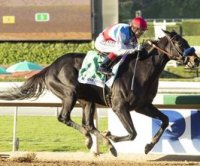 NFL // 11 hours ago
Vikings' Thielen, Ravens' Humphrey, Raiders' Drake among injured in NFL's Week 13
Dec. 6 (UPI) -- Adam Thielen of the Minnesota Vikings, Marlon Humphrey of the Baltimore Ravens and Kenyan Drake of the Las Vegas Raiders are among the top players who sustained significant injuries in Week 13 of the 2021 NFL season.