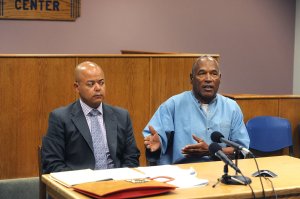 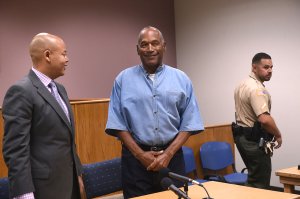 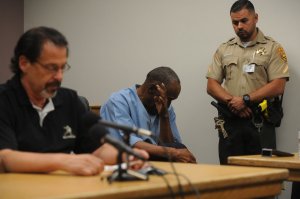 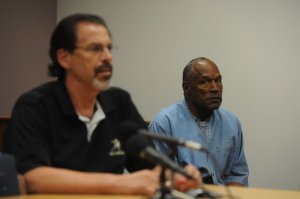 We may quibble with how it was done, what was done

I thought you were a good guy. ... You stole from me

I was still standing in Nicole's courtyard, of course, but for a few moments I couldn't remember how I'd gotten there, when I'd arrived, or even why I was there

I didn't have the huevos to do what Jeff did

Simpson served at other Louisville spots May 11, 2007

Simpson served at other Louisville spots May 11, 2007

Originally attaining a public profile in sports as a running back at the collegiate and professional levels, Simpson was the American Football League's Buffalo Bills' first overall pick in the 1969 Common Draft, and the first professional football player to rush for more than 2,000 yards in a season, a mark he set during the 1973 season. While five other players have passed the 2,000 rush yard mark he stands alone as the only player to ever rush for more than 2,000 yards in a 14-game season (professional football changed to a 16-game season in 1978). He also holds the record for the single season yards-per-game average which stands at 143.1 ypg. Simpson was elected to the Pro Football Hall of Fame in 1985. He also had successful careers in acting and sports commentary.

In 1995, Simpson was acquitted of the murder of Nicole Brown Simpson and Ronald Goldman after a lengthy, internationally publicized criminal trial – the People v. Simpson. A 1997 judgment against Simpson for their wrongful deaths was awarded in civil court, and to date he has paid little of the $33.5 million judgment. His book, If I Did It (2006), which purports to be a first-person fictional account of the murders had he actually committed them, was withdrawn by the publisher just before its release. The book was later released by the Goldman family.

FULL ARTICLE AT WIKIPEDIA.ORG
This article is licensed under the GNU Free Documentation License.
It uses material from the Wikipedia article "O.J. Simpson."