LOS ANGELES, June 20 (UPI) -- Passages of O.J. Simpson's manuscript "If I Did It," about how he could have killed his ex-wife and her friend, are on Hollywood-based TMZ.com's Web site.

TMZ.com obtained the book, which was to be published by ReganBooks until the father of Ron Goldman, who was slain along with Nicole Brown Simpson in 1994, won the rights to the book as part of the $33.5 million settlement of his lawsuit against Simpson.

In excerpts posted on the TMZ Web site Tuesday, Simpson apparently wrote he wants readers "to forget everything you think you know about that night because I know the facts better than anyone." In another passage, the former NFL football player-actor describes a murder scene in which "something went horribly wrong."

"I was still standing in Nicole's courtyard, of course, but for a few moments I couldn't remember how I'd gotten there, when I'd arrived, or even why I was there," Simpson wrote. "The whole front of me was covered in blood, but it didn't compute. Is this really blood? And whose blood is it?"

Simpson, who was acquitted on criminal charges in the deaths, was paid $900,000 in advance of the book being published. 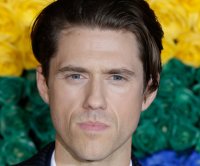 Movies // 18 hours ago
'Shang-Chi' tops the North American box office for 4th weekend
Sept. 26 (UPI) -- "Shang-Chi and the Legend of the Ten Rings" is the No. 1 movie in North America for a fourth weekend, earning an additional $13.3 million in receipts, BoxOfficeMojo.com announced Sunday.