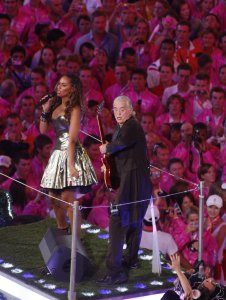 TV // 1 year ago
NBC orders Season 2 of 'Songland'
NBC has ordered a second season of its songwriting competition series, "Songland." 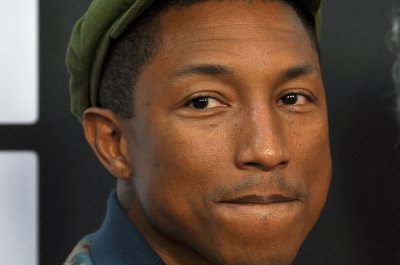 I'm totally against animal cruelty. I don't have clothes, shoes or bags made from any animal products

I am vegetarian so I don't have clothes, shoes or bags made from leather or suede or any animal products. .... I'm on a mission

Leona Louise Lewis (born 3 April 1985) is a British singer-songwriter. Lewis was a contestant in the third series of the British television series The X Factor, which she won. A multi-platinum selling artist and three time Grammy Award nominee, her most successful single, "Bleeding Love", reached number one in over thirty countries around the world. She was proclaimed 'Top New Artist' by Billboard magazine in 2008. Lewis has released two albums to date, Spirit and Echo, in 2007 and 2009 respectively. Spirit became the fastest-selling debut album and the biggest seller of 2007 in both the United Kingdom and Ireland, and made Lewis the first British solo artist to top the Billboard 200 with a debut album. It has sold 7 million copies worldwide. Lewis has currently sold over 9 million albums worldwide. In November 2008 she set a record in the UK for the fastest selling download-only release with her cover version of the Snow Patrol song "Run" which sold 69,244 copies in two days. Lewis's debut tour, The Labyrinth, took place in 2010. Lewis's third album, Glassheart, will be released in 2011, and was preceded by "Collide", which became her seventh Top Ten hit in the United Kingdom.

Lewis was born in the London Borough of Islington, to Aural Josiah "Joe" Lewis of Afro-Guyanese descent, and Maria Lewis of Welsh, Italian and Irish descent. Her parents enrolled her at the Sylvia Young Theatre School, and from there she attended the Italia Conti Academy and the BRIT School, where she learned to play instruments such as the guitar and piano, in the hope of becoming a singer-songwriter. Lewis wrote her first full-length song at the age of 12. She initially trained in opera, but went on to singing jazz and blues, eventually leading to popular music, citing Minnie Riperton, Eva Cassidy and Stevie Wonder as her main influences. After leaving the BRIT School at 17, she took a number of jobs to fund studio time, recording a demo album called Twilight. The album, almost exclusively comprising her own compositions, was recorded under Spiral Music, a production company based in Fulham. "I tried to secure a record deal by doing things my own way. I worked very hard but I never managed to land a contract", said Lewis. Other demos were recorded under licence from UEG Entertainment, later included on an album called Best Kept Secret. However, none of Lewis's demos brought her significant attention and she considered taking a hiatus from her music career to attend university until her boyfriend persuaded her to enter The X Factor which subsequently severed her connections with UEG.

Lewis auditioned for the third series of The X Factor in 2006, singing "Over the Rainbow". She was mentored by Simon Cowell and was announced the winner on 16 December 2006, winning a £1 million recording contract.

FULL ARTICLE AT WIKIPEDIA.ORG
This article is licensed under the GNU Free Documentation License.
It uses material from the Wikipedia article "Leona Lewis."
Back to Article
/