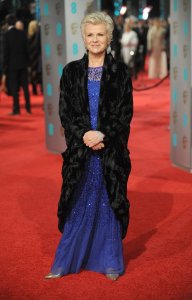 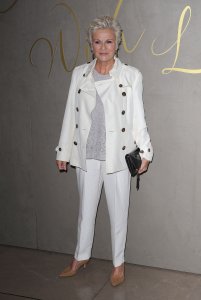 TV // 2 years ago
Jodie Comer, Martin Freeman to star in BBC's 'Talking Heads' remake
Filming began this week at Britain's Elstree Studios on new productions of Alan Bennett's "Talking Heads" monologues, which first aired on the BBC in 1988 and 1998.

Movies // 4 years ago
Sophie tells Sky she is pregnant in 'Mamma Mia 2' trailer
Amanda Seyfried and Dominic Cooper reunite as Sophie and Sky in the new trailer for "Mamma Mia 2: Here We Go Again."

He touched me. It was nothing horrific but it could have been

Julie Walters, CBE (born February 22, 1950) is an English actress and novelist. She came to international prominence in 1983 for Educating Rita, performing in the title role opposite Michael Caine. It was a role she had created on the West End stage and it won her BAFTA and Golden Globe awards for Best Actress. She is, perhaps, best known internationally for her on-screen characterisation of Molly Weasley, the matriarch of the Weasley family, in the acclaimed Harry Potter motion picture octalogy, which includes the soon-to-be-released Harry Potter and the Deathly Hallows: Part II. In 2006, she came fourth in ITV's poll of the public's 50 Greatest Stars in the UK.

Julia Mary Walters was born in Smethwick, Sandwell to parents Mary Bridget (née O'Brien), a postal clerk of Irish Catholic extraction, and Thomas Walters, a builder and decorator. The youngest of three children and only girl, Walters had an early education at a convent school and later at Holly Lodge Grammar School for Girls on Holly Lane in Smethwick, although she was asked to leave at the end of her lower sixth due to her "high jinks". In an interview with Alison Oddey, Walters said about her early schooling: "I was never going to be academic, so suggested that I try teaching or nursing I'd been asked to leave school, so I thought I'd better do it."

Her first job was in insurance at the age of 15. At 18 she trained as a nurse at the Queen Elizabeth Hospital, Birmingham and worked on the Ophthalmic, Casualty and Coronary Care wards during the 18 months she spent there. She fell madly in love with her first proper boyfriend who then left to study sociology in Manchester. Walters decided to leave nursing and follow her boyfriend to Manchester and study English and Drama at Manchester Polytechnic (now Manchester Metropolitan University) and pursued a career in the performing arts. Walters worked for the Everyman Theatre Company in Liverpool in the mid 1970s, alongside several other notable performers: Bill Nighy, Pete Postlethwaite, Jonathan Pryce, Willy Russell and Alan Bleasdale.

FULL ARTICLE AT WIKIPEDIA.ORG
This article is licensed under the GNU Free Documentation License.
It uses material from the Wikipedia article "Julie Walters."