TV // 4 months ago
Dave Chappelle to host first 'SNL' after presidential election
Stand-up comedian Dave Chappelle has been booked as the guest host of next weekend's edition of "Saturday Night Live." 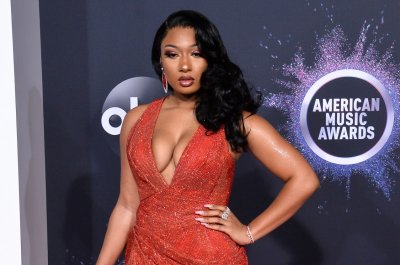 Nick at Nite is one of my family's favorite TV networks

I mean it's weird, if I'd have known this, there's a good chance I wouldn't be a comedian

In a relatively short time, Chris Rock has catapulted from a teenage club comedian to one of the most innovative, honest and funniest comedians of our time

Rock was born in Andrews, South Carolina. Shortly after his birth, his parents moved to Crown Heights, Brooklyn, New York. A few years later, they relocated and settled in the working-class area of Bedford-Stuyvesant, Brooklyn. His mother, Rosalie (née Tingman), was a teacher and social worker for the mentally handicapped; his father, Julius Rock, was a former truck driver and newspaper deliveryman. Julius died in 1988 after ulcer surgery. His younger brothers Tony, Kenny and Jordan are also in the entertainment business. His older half-brother, Charles, died in 2006 due to a long struggle with alcoholism. Rock has said that he was influenced by the performing style of his paternal grandfather, Allen Rock, a preacher.

Rock was bused to schools in predominately white neighborhoods of Brooklyn where he endured bullying and beatings from white students. As he got older, the bullying became worse and Rock's parents pulled him out of James Madison High School. He decided to drop out of high school altogether and later received a GED. Rock worked menial jobs at various fast-food restaurants.

FULL ARTICLE AT WIKIPEDIA.ORG
This article is licensed under the GNU Free Documentation License.
It uses material from the Wikipedia article "Chris Rock."
Back to Article
/