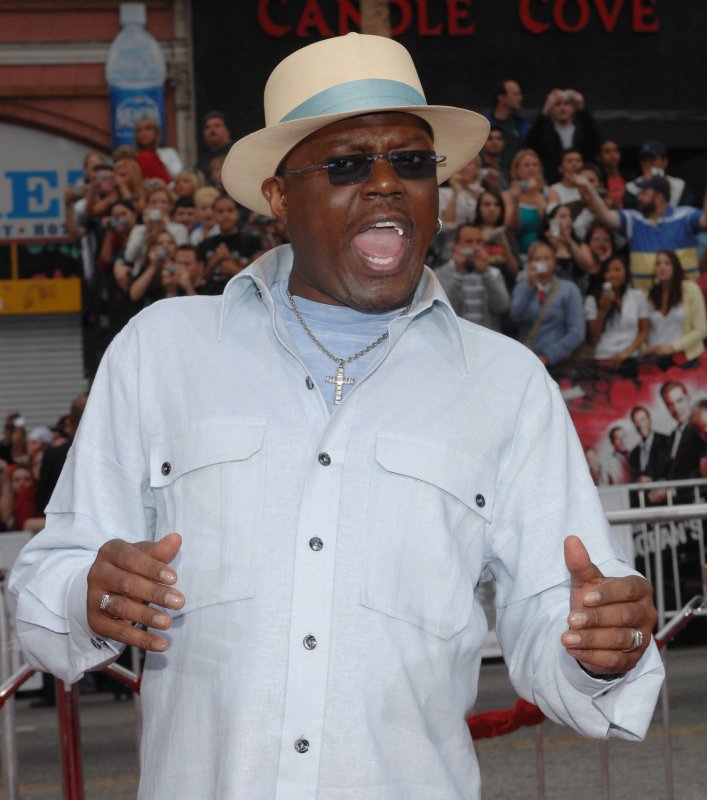 Actor Bernie Mac, a cast member in the motion picture comedy thriller "Ocean's Thirteen," arrives for the premiere of the film at Grauman's Chinese Theatre in the Hollywood section of Los Angeles on June 5, 2007. (UPI Photo/Jim Ruymen) | License Photo

Mac died at the age of 50 due to complications from pneumonia, E! Online said.

Clooney and Pitt co-starred with Mac in the heist movie "Ocean's 11" and its two sequels, while Rock acted with him and directed him in the big-screen comedy "Head of State."

"I lament the loss of a ferociously funny and hardcore family man. My thoughts are with (his wife) Rhonda and their family. Bernie Mac, you are already missed," E! Online quoted Pitt as saying.

"The world just got a little less funny. He will be dearly missed," Clooney said.

"Bernie Mac was one of the best and funniest comedians to ever live but that was the second best thing he did," E! Online quoted Rock as saying. "Bernie was one of the greatest friends a person could have. Losing him is like losing 12 people because he absolutely filled up any room he was in. I'm gonna miss the Mac Man."