Actor Paul Walker, pictured here at the Japanese premiere of "Fast & Furious," was killed on November 30, 2013, in a fiery car crash in Southern California. Photo by Keizo Mori/UPI | License Photo

In 1954, a meteorite crashed through the roof of a house in Sylacauga, Ala. striking Elizabeth Hodges, who was sleeping on a couch, in the hip. The space rock was a sulfide meteorite weighing 8.5 pounds and measuring seven inches in length. Mrs. Hodges was not permanently injured but suffered a nasty bruise along her hip and leg.

In 2007, an Atlasjet Airlines plane crashed near the Ispart, Turkey, airport, killing all 56 people aboard.

In 2012, demonstrations erupted in Cairo soon after lawmakers passed a Constitutional Declaration that gave President Mohamed Morsi near-absolute power. (Morsi would be ousted by the military seven months later.)

In 2013, a fiery car crash in Southern California killed actor Paul Walker, 40, and his friend, Roger Rodas. Walker was perhaps best-known for his starring role in the "The Fast & the Furious" movie series.

A thought for the day: "If a man watches three football games in a row, he should be declared legally dead." -- Erma Bombeck

World News // 1 hour ago
WHO team studying COVID-19's Wuhan origins exits quarantine
Jan. 28 (UPI) -- A team of experts with the World Health Organization on Thursday completed their two-week quarantine in the central Chinese city of Wuhan where they are to investigate the origins of the coronavirus pandemic. 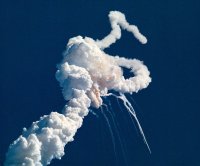 U.S. News // 5 hours ago
Man charged with murder, assault in Portland hit-and-run rampage
Jan. 28 (UPI) -- A district attorney in Oregon has charged a 64-year-old man with murder, accusing him of driving his car into several people, including a grandmother who died in the vehicular attack.

World News // 20 hours ago
Israeli general says U.S. return to Iran nuclear deal would be 'wrong'
Jan. 27 (UPI) -- A top Israeli military official says it's not a good idea for the United States to rejoin the Iran nuclear deal, and added that Israel's military is drawing up new contingency plans to deal with Tehran.

World News // 7 hours ago
Russian police raid Navalny's home, offices
Jan. 27 (UPI) -- Police in Russia on Wednesday raided the home and offices of jailed opposition leader Alexei Navalny as well as those of his allies, some of whom have been detained, associates of the staunch Putin critic said.

U.S. News // 7 hours ago
Capitol Police union condemns leadership for failing to notify officers of riot threat
Jan. 27 (UPI) -- Capitol Police Labor Committee Chair Gus Papathanasiou said Wednesday it was "unconscionable" that leadership was aware of the threat of the Jan. 6 riot at the Capitol and failed to properly inform officers.