Judge rules Porsche not at fault for Paul Walker's death

Paul Walker attending the Japan premiere of "Fast & Furious" in Tokyo, Japan, on September 30, 2009. The actor died in a fatal car crash in 2013. A judge claimed that Porsche, the maker of the car Walker was in, is not at fault for his death. File Photo by Keizo Mori/UPI | License Photo

A fan signs a poster in remembrance of "Fast and Furious" actor Paul Walker on December 8, 2013 in Santa Clarita, California. A memorial rally and car cruise was organized by fans near the site of the fiery car crash in which Walker and friend Roger Rodas died on November 30. File Photo by Jim Ruymen/UPI | License Photo

The ruling handed down by U.S. District Judge Philip S. Gutierrez Monday, was given for a lack of evidence to support Rodas' wife Kristine Rodas claim that the vehicle lacked basic safety features that could have saved both men's lives.

Walker and Rodas tragically died in November of 2013 when Rodas, who was driving a Carrera GT, spun out of control and plowed into a concrete lamp post and tree. The Los Angeles Country Sheriff's Department and California Highway Patrol had concluded at the time of the accident that high speeds, not a mechanical failure, were to blame for the Nov. 30, 2013 crash.

Rodas' attorney Mark Geragos has stated the ruling will be appealed.

In September of 2015, Walker's 17-year-old daughter Meadow Walker filed a wrongful death lawsuit against Porsche that also stated that the car "lacked safety features...that could have prevented the accident or, at a minimum, allowed Paul Walker to survive the crash."

"The bottom line is that the Porsche Carrera GT is a dangerous car. It doesn't belong on the street," Meadow's attorney Jeff Milam said in a statement at the time. "And we shouldn't be without Paul Walker or his friend Roger Rodas."

Despite Porsche's recent win, Meadow will continue to move forward with her lawsuit."The issues in the cases are very different," Milam said in a statement Tuesday. "Meadow's father, Paul Walker, was a passenger in the car. He survived the crash but was trapped and burned to death because of the vehicle's defects."

"A significant portion of the judge's decision was based on the rejection of evidence because of missed deadlines and also a failure to sue Porsche AG, the manufacturer," Milam continued. "Meadow will continue to fight to hold Porsche accountable for selling a defective product that kills."

Porsche claims Paul Walker is at fault for fatal accident Michelle Rodriguez was jealous of Paul Walker's death: 'He left me here' 'Furious 7' stars honor Paul Walker on second anniversary of his death 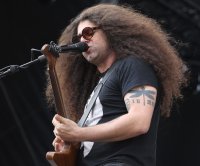