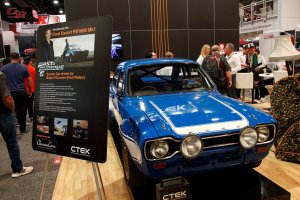 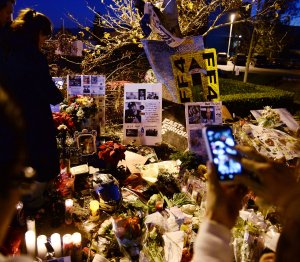 Movies // 2 weeks ago
'Fast X' director Justin Lin steps down from sequel
Justin Lin announced Tuesday that he is stepping down as director of "Fast X," the 10th film in the "Fast and the Furious" franchise. He will remain a producer.

Movies // 4 months ago
Dwayne Johnson says there's 'no chance' he will return for more 'Fast & Furious'
"Jungle Cruise" and "Red Notice" star Dwayne Johnson is maintaining his vow to never appear in another "Fast & Furious" movie with Vin Diesel.

Movies // 6 months ago
Vin Diesel reaches out to Dwayne Johnson about 'Fast' reunion
Vin Diesel took to Instagram Sunday to try and persuade Dwayne Johnson to return to the "Fast and the Furious" film franchise.

U.S. News // 11 months ago
Northeast snow totals: NYC, Philly above average this year; D.C. well below
For many across the Northeast and mid-Atlantic, the 2020-21 winter season may have seemed very snowy compared to normal, but the official snowfall totals tell a different story.

U.S. News // 1 year ago
Southern U.S. to face more severe weather risks
AccuWeather forecasters say more volatile weather will arrive as soon as this weekend, and stormy weather could be unrelenting even into next week.

U.S. News // 1 year ago
Severe weather threatens the South with hail, tornadoes
A dangerous severe weather outbreak could put at least 17 states and more than 100 million Americans at risk across the United States this week, AccuWeather forecasters warn.

Paul William Walker IV (born September 12, 1973) is an American actor. He became well known in 2001 after starring in the surprise summer hit The Fast and the Furious and has since gone on to star in its sequels 2 Fast 2 Furious and Fast & Furious. His other successful movies include Joy Ride, Running Scared, and Eight Below.

Walker was born in Glendale, California and raised in the San Fernando Valley area of Los Angeles County. The son of Paul Walker III (a sewer contractor) and Cheryl (née Crabtree; a former fashion model), he is the second oldest of his four siblings (two brothers and two sisters). Walker was raised as a member of the Church of Jesus Christ of Latter-day Saints, or Mormon, church. While he has stopped practicing the religion, his family are still members of the church. Walker attended and graduated from Village Christian School. After high school, he attended several community colleges, seeking a degree, and a career, in marine biology.

Walker's small-screen career began as a toddler, when he starred in a television commercial for Pampers. He began modeling at the age of 2 and began working on television shows in 1985, with roles in shows such as Highway to Heaven, Who's the Boss?, The Young and the Restless and Touched By an Angel.

FULL ARTICLE AT WIKIPEDIA.ORG
This article is licensed under the GNU Free Documentation License.
It uses material from the Wikipedia article "Paul Walker."