U.S. News // 2 years ago
Project to build more women statues in NYC to honor first black congresswoman
New York City officials announced Friday that Shirley Chisholm, the first black woman to serve in the U.S. House, will be immortalized in statue in Brooklyn. 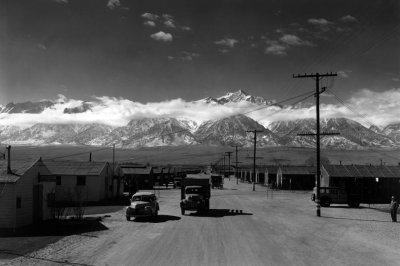 Top News // 3 years ago
The Almanac
On Feb. 19, 1942, as a security measure during World War II, the U.S. government began relocating Japanese-Americans to internment camps in remote areas of several states.

U.S. News // 5 years ago
So long, Alexander Hamilton; a woman to be main feature on $10 bill
A woman will be featured on U.S. paper currency for the first time in more than a century, U.S. Treasury Secretary Jacob Lew announced Wednesday.

Shirley Anita St. Hill Chisholm (November 30, 1924 – January 1, 2005) was an American politician, educator, and author. She was a Congresswoman, representing New York's 12th Congressional District for seven terms from 1969 to 1983. In 1968, she became the first black woman elected to Congress. On January 25, 1972, she became the first major-party black candidate for President of the United States and the first woman to run for the Democratic presidential nomination (Margaret Chase Smith had previously run for the Republican presidential nomination). She received 152 first-ballot votes at the 1972 Democratic National Convention.

Shirley Anita St. Hill was born in Brooklyn, New York, of immigrant parents. Her father, Charles Christopher St. Hill, was born in British Guiana and arrived in the United States via Antilla, Cuba, on April 10, 1923 aboard the S.S. Munamar in New York City. Her mother, Ruby Seale, was born in Christ Church, Barbados, and arrived in New York City aboard the S.S. Pocone on March 8, 1921. At age three, Chisholm was sent to Barbados to live with her maternal grandmother, Emaline Seale, in Christ Church. She did not return until roughly seven years later when she arrived in New York City on May 19, 1934 aboard the S.S. Narissa. In her 1970 autobiography Unbought and Unbossed, she wrote: "Years later I would know what an important gift my parents had given me by seeing to it that I had my early education in the strict, traditional, British-style schools of Barbados. If I speak and write easily now, that early education is the main reason."

Chisholm is an alumna of Girls High School, she earned her BA from Brooklyn College in 1946 and later earned her MA from Columbia University in elementary education in 1952. She was a member of the Delta Sigma Theta Sorority.

FULL ARTICLE AT WIKIPEDIA.ORG
This article is licensed under the GNU Free Documentation License.
It uses material from the Wikipedia article "Shirley Chisholm."
Back to Article
/