By
Craig Morgan, The Sports Xchange

Phoenix Coyotes' Radim Vrbata (C) ripped a slap shot through a screen with 18.9 seconds left in regulation as Arizona rallied from a two-goal deficit to defeat the Buffalo Sabres 3-2 on Sunday at Gila River Arena. File Photo by Bill Greenblatt/UPI | License Photo

Vrbata ripped a slap shot through a screen with 18.9 seconds left in regulation as Arizona rallied from a two-goal deficit to defeat the Buffalo Sabres 3-2 on Sunday at Gila River Arena.

"He's had a great season," Coyotes coach Dave Tippett said of Vrbata, who leads the team with 46 points. "He's just a consummate pro that shows up and does his job every night."

Jack Eichel and Evan Rodrigues scored for Buffalo, which fell seven points off the Eastern Conference playoff pace following a pair of losses this weekend on the road to the two worst teams in the league, the Colorado Avalanche and the Coyotes.

"We let them come at us a little bit too hard," Sabres coach Dan Bylsma said. "We were a little too passive in the neutral zone, and they came at us with a ton of speed. We still had plenty of opportunities to put the game away. Regardless of the opponent, it can't happen where you feel like you have the two points in your back pocket."

Eichel opened the scoring at 18:01 of the first period when he ripped a wrist shot through the screen of Coyotes defenseman Connor Murphy and past Domingue's glove hand for his 14th goal of the season. Eichel extended his point streak to six games.

Eichel has 36 points in 41 games since returning from a high ankle sprain that sidelined him for the first 21 games of the season. He has 13 points in his past 10 games, but Buffalo is just 19-17-5 since he returned.

"It's tough to swallow; we've blown a lot of leads this year," Eichel said. "We don't push for that next goal. It's a dagger that you come on a road trip and get no points."

Rodrigues widened the lead to 2-0 in a four-on-two rush just after a Coyotes power play had expired at 9:53 of the second period. Eichel carried the puck into the offensive zone and slipped a cross-ice pass to Jake McCabe on the left wing. McCabe passed right back to Rodrigues for a tap-in into an open net. It was Rodrigues' second goal of the season and second in as many nights.

Domi pulled the Coyotes within 2-1 at 6:42 of the third period. Sabres defenseman Rasmus Ristolainen's clearing attempt deflected off Vrbata and onto Domi's stick for a one-timer between the circles.

McGinn tied the game with his ninth goal of the season, 100th of his career and first in 14 games when he took a bouncing feed from Josh Jooris and buried it at 13:41 of the third period. Jooris was playing center in the wake of the Hanzal trade and Alex Burmistrov's upper-body injury.

Vrbata's game-winner came through a maze of traffic to give him goals in four consecutive games.

"The goalie was playing so well that I thought it would be tough to get something by him," Vrbata said. "(Tippett) knows how to use me, and I like to play his style of game. That's been the case."

-- Coyotes G Mike Smith was feeling well enough to back up Louis Domingue on Sunday, but not well enough to start. Smith missed Friday's game in Dallas due to an undisclosed illness.

-- Coyotes C Brad Richardson, who fractured two bones in his right leg on Nov. 17, skated with the team on Sunday morning. Richardson, who is on injured reserve, still hopes to return this season.

-- With Sabres G Robin Lehner banged up from a game against Colorado on Saturday, the Sabres recalled G Linus Ullmark to back up Anders Nilsson. 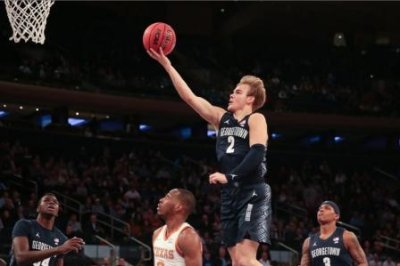