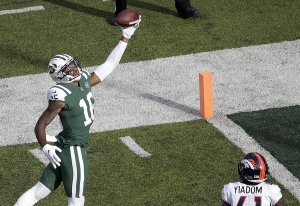 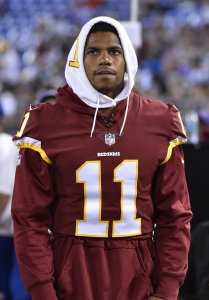 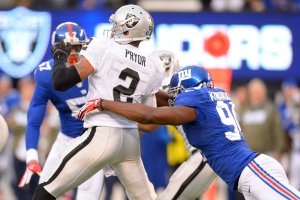 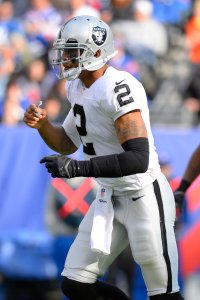 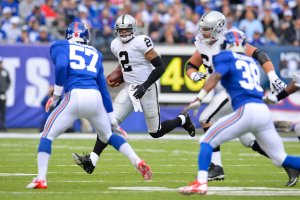 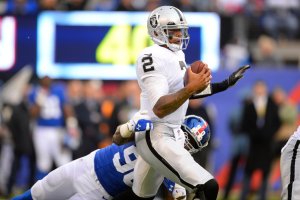 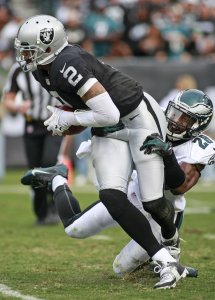 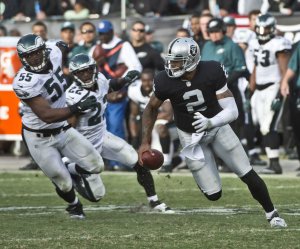 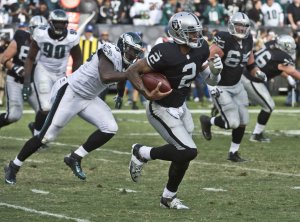 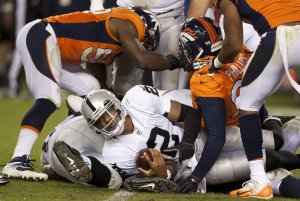 NFL // 3 years ago
Buffalo Bills not in the same league as Chicago Bears
The Buffalo Bills' demise continued Sunday when the Chicago Bears scored 28 straight points in the second quarter in a 41-9 victory in New Era Field.

NFL // 3 years ago
Bears visit Bills in 4th straight vs. AFC East
The Chicago Bears will complete their tour through the AFC East when they pay a visit to the reeling Buffalo Bills on Sunday.

NFL // 3 years ago
Fantasy Football Who's In, Who's Out: Week 7 NFL injury report
Here is a roundup of each injury report headed into Week 7 of the NFL season, including key fantasy players who have been ruled out.

NFL // 3 years ago
Todd Bowles already on hot seat for Jets
Todd Bowles is officially on the clock.

My selfish acts were very young and immature ... and I'm deeply sorry about it

Terrelle Pryor (born June 20, 1989) is an American football quarterback for the Oakland Raiders of the National Football League. He was the starting quarterback for the Ohio State Buckeyes from 2008−2010. Considered the most recruited high school football-basketball athlete in southwestern Pennsylvania since Tom Clements, Pryor was widely regarded as the nation's top football prospect of 2008, and was named "Junior of the Year" by Rivals.com. Pryor originally hoped to be a two-sport athlete as he was also one of the nation's most heralded high school basketball players, but he has chosen to focus on football.

FULL ARTICLE AT WIKIPEDIA.ORG
This article is licensed under the GNU Free Documentation License.
It uses material from the Wikipedia article "Terrelle Pryor."