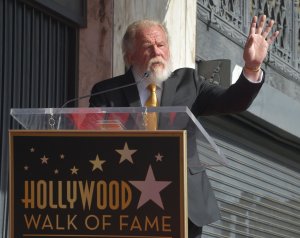 TV // 8 months ago
'The Mandalorian' Season 2 to premiere on Oct. 30
"The Mandalorian" Season 2 will premiere Oct. 30 on Disney+, the streaming service announced on Twitter Wednesday.

TV // 1 year ago
'The Mandalorian' Season 2 set for October
"The Mandalorian" Season 2 will be coming to Disney+ in October, Disney CEO Bob Iger announced during an earnings call.

TV // 1 year ago
Jon Favreau confirms 'Mandalorian' Season 2
"The Mandalorian" creator and show-runner Jon Favreau announced on social media that his Star Wars-themed space western will return to Disney+ for a second season.

TV // 1 year ago
'The Mandalorian': Bounty hunting is 'complicated' in new trailer
The life of a bounty hunter is explored in the latest trailer for upcoming Disney+ "Star Wars" series, "The Mandalorian." 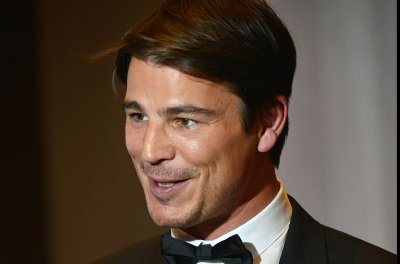 We have strong reason to believe there were drugs involved

Nolte was born Nicholas King Nolte in Omaha, Nebraska on February 8, 1941, the son of Helen (née King), a department store buyer, and Franklin A. Nolte, a farmer's son who worked in irrigation pump sales and who was an All-American football player at Iowa State University in 1934. Nolte's father was of German descent. Nolte's maternal grandfather, Matthew Leander King, invented the hollow-tile silo and was prominent in early aviation. His maternal grandmother ran the student union at Iowa State University. He has an older sister, Nancy, who was an executive for the Red Cross.

Nolte went to Westside High School in Omaha, where he was the kicker on the football team. Nolte originally attended Benson High, but got kicked out for a fight and hiding beer before practice and then getting caught drinking it during a practice session. He later attended Pasadena City College in southern California, and Arizona State University in Tempe (on a football scholarship); Eastern Arizona College in Thatcher; and Phoenix College in Phoenix. At Eastern Arizona, Nolte lettered in football as a tight end and defensive end, in basketball as a forward, and as a catcher on the baseball team. Poor grades eventually ended his studies, at which point his career in theatre began in earnest. While in college, Nolte worked for the Falstaff Brewery in Omaha. In 1965, he was arrested for selling counterfeit documents and was given a 45-year jail sentence and a $75,000 fine, however the sentence was suspended. This felony conviction prevented him from being eligible to join the military—at the time, he felt obliged to serve in the Vietnam War. As a result, Nolte says he felt incomplete as a young man for not going to Vietnam. After stints at the Pasadena Playhouse and The Stella Adler Academy in Los Angeles, Nolte spent several years traveling the country and working in regional theaters.

FULL ARTICLE AT WIKIPEDIA.ORG
This article is licensed under the GNU Free Documentation License.
It uses material from the Wikipedia article "Nick Nolte."
Back to Article
/