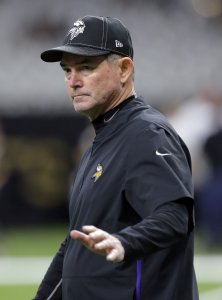 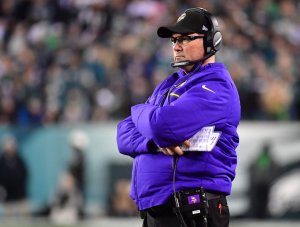 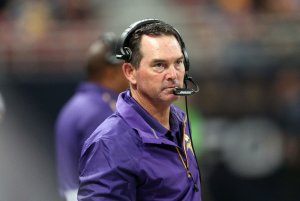 NFL // 6 months ago
Dalvin Cook runs for 205 yards, leads Vikings over Steelers
Running back Dalvin Cook made an early return from a shoulder injury and ran for 205 yards and two scores to lead the Minnesota Vikings to a 36-28 win over the Pittsburgh Steelers at U.S. Bank Stadium in Minneapolis.

NFL // 6 months ago
Vikings' Thielen, Ravens' Humphrey, Raiders' Drake among injured in NFL's Week 13
Adam Thielen of the Minnesota Vikings, Marlon Humphrey of the Baltimore Ravens and Kenyan Drake of the Las Vegas Raiders are among the top players who sustained significant injuries in Week 13 of the 2021 NFL season.

Mike Zimmer (born June 5, 1956 in Peoria, Illinois) is the Defensive Coordinator for the National Football League's Cincinnati Bengals. He is the son of former NFL player Bill Zimmer.

In high school, Zimmer was a successful multi-sport athlete who earned all-conference honors in football (1972-73), baseball, and wrestling at Lockport Township High School. He enrolled at Illinois State University with a major in physical education and played as a quarterback (1974) before being redshirted (1975) and moved to linebacker after suffering a broken thumb (1976). A neck injury ended his football career that year.

His first coaching job was as a part-time defensive assistant at the University of Missouri (1979-80). He then went to Weber State College, where he was the inside linebackers coach (1981-84), defensive backs coach (1985-88), and defensive coordinator (1983-88). He then went to Washington State University (1989-93) as the defensive coordinator and secondary coach. In 1993, the Cougars finished eighth in the nation in total defense and second in rushing defense.

FULL ARTICLE AT WIKIPEDIA.ORG
This article is licensed under the GNU Free Documentation License.
It uses material from the Wikipedia article "Mike Zimmer."