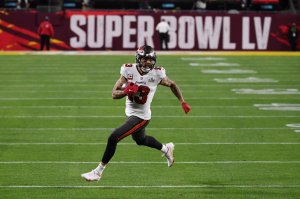 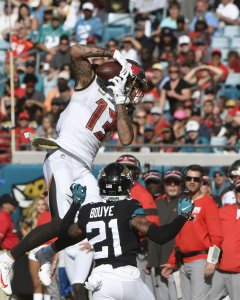 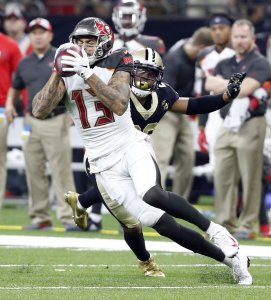 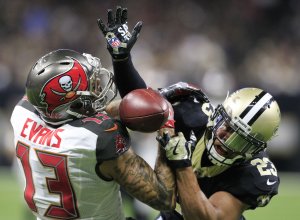 NFL // 2 weeks ago
Julio Jones to join Gage, Rudolph as new Tom Brady targets for Buccaneers
Veteran wide receiver Julio Jones agreed to a contract with the Tampa Bay Buccaneers and will join Kyle Rudolph and Russell Gage as one of quarterback Tom Brady's new targets in 2022.

NFL // 3 months ago
Sale of $518K voided from Tom Brady's 'final' TD football
The previous $518,000 sale of a football that was advertised as being used for NFL quarterback Tom Brady's "final" touchdown pass was voided, auction house Lelands announced.

I am deeply and profoundly indebted to Mike. He changed my life forever and inadvertently changed television. There would be no, 'Sanford and Sons, 'Good Times,' 'The Jeffersons,' 'What's Happening,' 'The Cosby Show,' or 'Cooley High,' if it had not been for him. More importantly, he was a good friend. I will miss him

Tim got a little frustrated with the way the game was going, the fouls that took place

Michael Jonas Evans (November 3, 1949 – December 14, 2006) (usually credited as Mike Evans), was an American actor and co-creator of the show Good Times with Eric Monte (Ralph Carter's character Michael Evans was named after him).

Evans is most famous for creating the recurring role of Lionel Jefferson on All in the Family and was the first (and eventually final) actor to play Lionel on the spin-off The Jeffersons. He played Lionel on The Jeffersons for much of its 11-year run, with the majority of his appearances occurring from 1979 to 1983. Actor and opera singer Damon Evans (no relation to Michael) played the role for a few years of The Jeffersons, as Mike Evans was occupied in the production of Good Times. He returned after Good Times ended in 1979.

FULL ARTICLE AT WIKIPEDIA.ORG
This article is licensed under the GNU Free Documentation License.
It uses material from the Wikipedia article "Mike Evans."