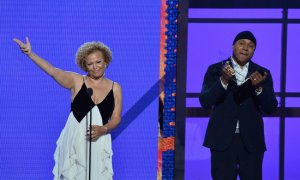 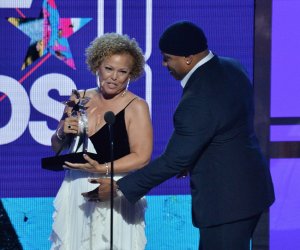 Top News // 4 months ago
The Almanac
On Jan. 14, 1969, a series of explosions aboard the nuclear aircraft carrier USS Enterprise off Hawaii killed 27 men.

Entertainment News // 6 months ago
What to stream this weekend: 'Prom,' 'Pennyworth'
Meryl Streep, James Corden and Nicole Kidman star in the star-studded "The Prom," "Pennyworth" debuts its second season and Cyndi Lauper holds her annual "Home for the Holidays" benefit concert this weekend.

Entertainment News // 10 months ago
What to stream this weekend: 'Black Is King,' 'Muppets Now'
New streaming entertainment this weekend includes the Lollapalooza festival, a Beyonce special, return of The Muppets and movies starring Katie Holmes and Vinnie Jones.

When I was a little kid in North Babylon, on Lakeway Drive, just dreaming of being a part of hip hop -- I never dreamed that I would be in a position to actually be looking at a wonderful room full of people who are actually honoring and celebrating the art that I created

I was happy to take part in this great project with all these other really cool people -- Adam Sandler, Chris Rock, Derek Jeter and more

I think it sends a great message out to artists

James Todd Smith (born January 14, 1968), better known as LL Cool J (acronym for Ladies Love Cool James) is an American rapper and actor. He is known for romantic ballads such as "I Need Love", "Around the Way Girl" and "Hey Lover" as well as pioneering hip-hop such as "I Can't Live Without My Radio", "I'm Bad", "The Boomin' System", and "Mama Said Knock You Out". He has released twelve studio albums and two greatest hits compilations, with his final album being 2008's Exit 13, the last for his record deal with Def Jam Recordings. He has also appeared in numerous films, and currently stars as NCIS Special Agent Sam Hanna on the CBS crime drama television series NCIS: Los Angeles. He now lives in Long Island, New York, with his wife and four children.

LL Cool J was born and raised in Bay Shore, New York, the son of Ondrea (née Griffith) and James Smith. He started rapping at the age of nine. His DJ later was known as Cut Creator. In his youth, LL Cool J performed in the church choir, participated in the Boy Scouts, and delivered newspapers. At age 16, by using a mixing table purchased by his grandfather at Sears, Smith produced and created demos and sent them to various record companies, including Def Jam Recordings.

Under his new stage name, LL Cool J (Ladies Love Cool James), Def Jam released his first record, the 12" single "I Need a Beat". The single sold over 100,000 copies. The success of "I Need a Beat" helped lead to a distribution deal with Def Jam and Columbia Records in 1985. Soon after, he dropped out of Andrew Jackson High School to record his debut album.

FULL ARTICLE AT WIKIPEDIA.ORG
This article is licensed under the GNU Free Documentation License.
It uses material from the Wikipedia article "LL Cool J."
Back to Article
/