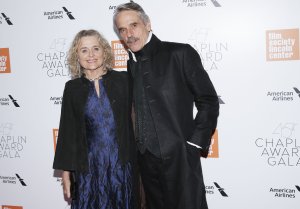 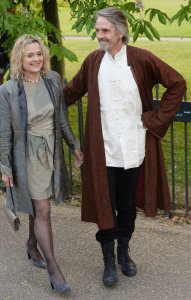 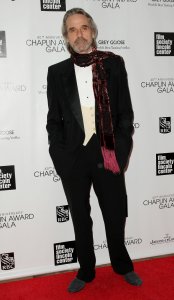 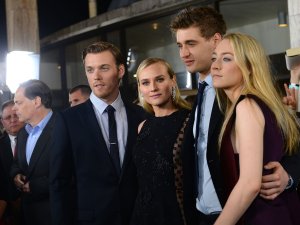 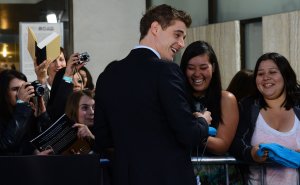 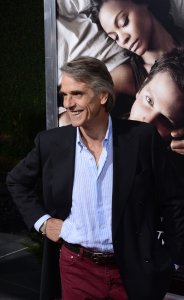 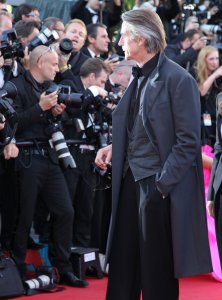 Movies // 4 months ago
Lady Gaga, Adam Driver pose together on 'House of Gucci' set
Lady Gaga and Adam Driver shared a photo while filming Ridley Scott's "House of Gucci," a movie about the murder of Maurizio Gucci.

TV // 6 months ago
What to binge: 5 shows to watch after 'Bridgerton'
"Bridgerton" is becoming Netflix's fifth-biggest original series debut, but if you've already binged the first season, here are some more costume dramas to fill the gap.

Movies // 8 months ago
Jeremy Irons to star in Netflix adaptation of 'Munich'
"Munich," a new film based on the Robert Harris novel, will feature "Watchmen" star Jeremy Irons and "1917" actor George McKay.

Movies // 9 months ago
Watch: Diane Keaton, Jeremy Irons star in 'Love, Weddings and other Disasters' trailer
Diane Keaton and Jeremy Irons are set to star in a new romantic comedy centered around a weaving tale of love and weddings.

TV // 1 year ago
'Watchmen' leads with 26 Emmy Award nominations
"Killing Eve," and "Schitt's Creek" were among the nominees for the 72nd Primetime Emmy Awards announced Tuesday by The Television Academy.

One of the reasons I love Ireland is that a lot of the time I can't be there, so when I'm there, I'm really hungry for it

We had all agreed that although Beckett had described a reader and a listener dressed identically in black and with long white hair, his intention was that these were two parts of the same person

Jeremy John Irons (born 19 September 1948) is an English actor. After receiving classical training at the Bristol Old Vic Theatre School, Irons began his acting career on stage in 1969, and has since appeared in many London theatre productions including The Winter's Tale, Macbeth, Much Ado About Nothing, The Taming of the Shrew, and Richard II. In 1984, he made his Broadway debut in Tom Stoppard's The Real Thing and received a Tony Award for Best Actor.

Irons's first major film role came in the 1981 romantic drama The French Lieutenant's Woman, for which he received a BAFTA nomination for Best Actor. After starring in such films as Moonlighting (1982), Betrayal (1983), and The Mission (1986), he gained critical acclaim for portraying twin gynaecologists in David Cronenberg's psychological thriller Dead Ringers (1988). In 1990, Irons played accused murderer Claus von Bulow in Reversal of Fortune, and took home multiple awards including an Academy Award for Best Actor. Other notable films have included The House of the Spirits (1993), The Lion King (1994), Die Hard with a Vengeance (1995), Lolita (1997), The Merchant of Venice (2004), Being Julia (2004), and Appaloosa (2008).

Irons has also made several notable appearances on television. He earned his first Golden Globe Award nomination for his breakout role in the ITV series Brideshead Revisited (1981). In 2006, Irons starred opposite Helen Mirren in the historical miniseries Elizabeth I, for which he received a Golden Globe Award and an Emmy Award for Best Supporting Actor. Since 2011, he has been starring in the Showtime historical drama The Borgias.

FULL ARTICLE AT WIKIPEDIA.ORG
This article is licensed under the GNU Free Documentation License.
It uses material from the Wikipedia article "Jeremy Irons."
Back to Article
/