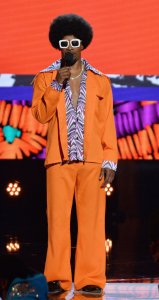 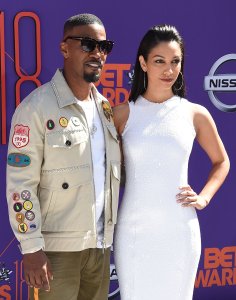 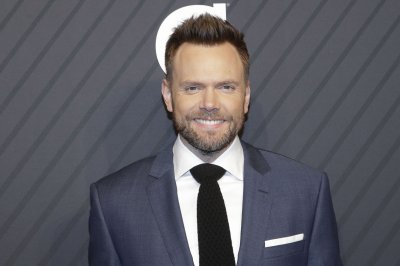 Entertainment News // 3 months ago
Netflix: What's coming and going in April 2021
"Shadow and Bone," "Dad Stop Embarrassing Me!," "Dolly Parton: A MusiCares Tribute" and "The Circle" Season 2 are headed to Netflix.

Entertainment News // 5 months ago
Golden Globes: A recap of recent interviews with nominees
Jason Sudeikis, Kaley Cuoco, Bob Odenkirk, Sarah Paulson and other stars have recently spoken with UPI about their craft and the films and TV shows that garnered Golden Globe nominations Wednesday. Here's a recap.

She's gonna ruin Radiohead's career? The same Radiohead that gets paid $1 million just to sample their songs? Make a sex tape and grow up

No need to be sad. We want to celebrate this black man. We gonna go through all of Michael Jackson

The Zebra Murders: A Season of Killing, Racial Madness, and Civil Rights

Tommy Lee and Kid Rock fighting like black folks. It's hilarious. Who won? I was in the bathroom. Who won the fight

Eric Marlon Bishop (born December 13, 1967), professionally known as Jamie Foxx, is an American actor, singer-songwriter, stand-up comedian, and talk radio host. As an actor, his work in the film Ray earned him the Academy Award and BAFTA Award for Best Actor as well as the Golden Globe Award for Best Actor in a musical/comedy. He is also a Grammy Award winning musician, producing three albums which have charted highly on the Billboard 200: Unpredictable, which topped the chart, Best Night of My Life and Intuition.

Born in Terrell, Texas, Foxx was raised by his mother's adoptive parents. He performed in high school and was awarded with a scholarship to United States International University. In his twenties, Foxx began performing stand-up at comedy clubs, and eventually joined the cast of In Living Color in 1991; this exposure helped him land film roles and star in his own sitcom, The Jamie Foxx Show. He released his debut album, Peep This, in 1994, but he did not gain significant musical success until 2004 when he was featured in Twista's song "Slow Jamz". Also in 2004, Foxx played critically acclaimed roles in the films Collateral and Ray. He released his second album, Unpredictable, in 2005, which was helped by his collaboration on Kanye West's number-one single "Gold Digger". His third album Intuition was released in 2008 and was anchored by the single "Blame It". Foxx released his fourth studio album, Best Night of My Life, in 2010.

Foxx was born as Eric Marlon Bishop on December 13, 1967, in Terrell, Texas. He is the son of Louise Annette Talley Dixon and Darrell Bishop. Foxx was abandoned seven months after birth, and was subsequently adopted and raised in Terrell by his mother's adoptive parents, Estelle and Mark Talley. Terrell was a racially segregated community at the time. Foxx had a strict Baptist upbringing and began piano lessons at the age of five by his grandmother's orders. As a teenager, he was a part-time pianist and choir leader in Terrell's New Hope Baptist Church. Jamie also was a good dancer.

FULL ARTICLE AT WIKIPEDIA.ORG
This article is licensed under the GNU Free Documentation License.
It uses material from the Wikipedia article "Jamie Foxx."
Back to Article
/