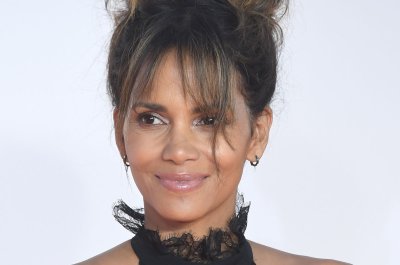 Entertainment News // 3 years ago
89th Academy Awards: List of the winners
Here is the complete list of Oscar winners in all 24 categories.

Isabelle Anne Madeleine Huppert (pronounced ) (born 16 March 1955) is a French actress, who has also appeared in a few Hollywood movies. She won the César Award for Best Actress in 1996 for her performance in La Cérémonie.

Isabelle Huppert was born in Paris to Raymond Huppert and Annick Beau, and was raised in Ville d'Avray, a western suburb of the city. Huppert was encouraged by her mother to begin acting at a young age, and became a teenage star in Paris. She later attended Versailles Conservatoire, where she won a prize for her acting. She is also an alum of Europe's most prestigious National Conservatory of Dramatic Art of Paris, CNSAD. After a successful stage career, she began making films, debuting in 1972 with Faustine et le bel été (her television debut was a year earlier). However it was her appearance in the controversial Les Valseuses (1974) that made her increasingly recognised to the wider public. Her international breakthrough, finally, came with 'La Dentelliere' (1977), in which her now signature acting style - quiet and nuanced, yet intense - was displayed to great effect. She made her American debut in the Michael Cimino's 1980 film Heaven's Gate, which flopped at the U.S. box office, but was re-released in the full version. In the 80s, Huppert continued to explore enigmatic and emotionally distant characters, most notably in Maurice Pialat's 'Loulou' (1980), Godard's 'Sauve qui peut (la vie)' (1980), Diane Kurys' 'Coup de foudre' (1983), and Claude Chabrol's 'Une Affaire de Femmes' (1988).

Huppert played a manic and homicidal post-office worker in Claude Chabrol's La Cérémonie (1995), with Sandrine Bonnaire, and continued her cinematic relationship with that director in 'Rien ne va plus' (1997), and 'Merci pour le Chocolat' (2000). She also appeared in Michael Haneke's La Pianiste (2001), which is based on a novel of the same name (Die Klavierspielerin) by Austrian author and winner of the Nobel Prize for Literature in 2004, Elfriede Jelinek. In this film, she played a piano teacher named Erika Kohut, who becomes involved with a young pianist and ladies' man, Walter Klemmer. Regarded as one of her most impressive turns, her performance netted the 2001 acting prize in Cannes. In 2004, she starred in Christophe Honoré's Ma mère as Hélène with Louis Garrel. Here, Huppert plays an attractive middle-aged mother who has an incestuous relationship with her teenaged son. Ma mère was also based on a novel, by George Bataille.

FULL ARTICLE AT WIKIPEDIA.ORG
This article is licensed under the GNU Free Documentation License.
It uses material from the Wikipedia article "Isabelle Huppert."
Back to Article
/