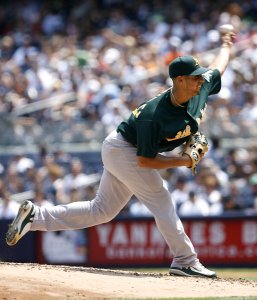 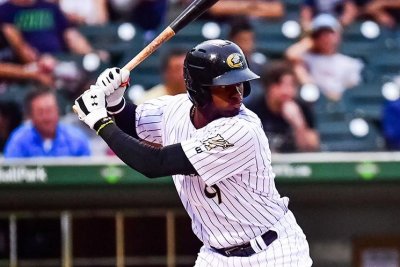 MLB // 1 year ago
Fan pours beer on Brewers' Ryan Braun during failed catch attempt
A fan poured his beer on Ryan Braun's head as he attempted to catch a ball during the Milwaukee Brewers' loss to the New York Mets.

MLB // 1 year ago
X-rays negative on Mets' Cano after being hit by pitch
New York Mets second baseman Robinson Cano left Sunday's game against the Washington Nationals after being hit on the hand by a pitch.
MLB // 1 year ago
Veteran pitcher Gio Gonzalez heading back to Milwaukee
Veteran free agent pitcher Gio Gonzalez has chosen to head back to Milwaukee to pitch for the Brewers on a one-year deal.

MLB // 1 year ago
MLB to do away with August waiver wire deals, switch to single trade deadline
Contending teams in Major League Baseball have always had another chance, not only at the trading deadline, but also in the month of August to obtain players.

Giovany A. Gonzalez (born September 19, 1985, in Hialeah, Florida) is a left-handed Major League Baseball pitcher for the Oakland Athletics.

Gonzalez attended Hialeah High School in Hialeah, Florida, for the first 3 years of his high school career, where they won two state championships and nearly won a third. After his junior year, he transferred over to Monsignor Edward Pace High School in 2004.

He was drafted by the Chicago White Sox in the 1st round.

FULL ARTICLE AT WIKIPEDIA.ORG
This article is licensed under the GNU Free Documentation License.
It uses material from the Wikipedia article "Gio Gonzalez."
Back to Article
/