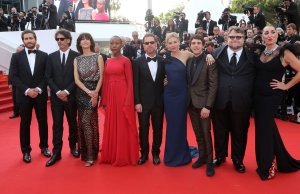 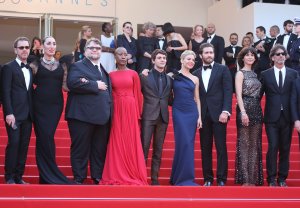 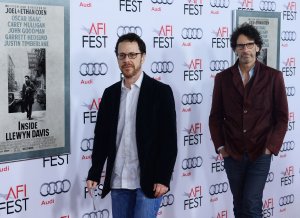 Top News // 5 years ago
The Almanac
On Sept. 21, 1981, Sandra Day O'Connor received a unanimous vote in the Senate to become the first female member of the U.S. Supreme Court.

The Coen brothers are freaky little people, you know? And we did a freaky little movie, whether you like the ending or not. So, thank you

The movie people let us play in the corner of the sandbox and leave us alone. We're happy here

We're mercifully free of the Hollywood committee development process and the process of making the movie. They understand that if they are going to do a movie with us, they'll let us do it our way

The movie people let us play in the corner of the sandbox and leave us alone. We're happy here

Joel David Coen (born November 29, 1954) and Ethan Jesse Coen (born September 21, 1957) known together professionally as the Coen brothers, are American filmmakers. Their films include Blood Simple, Fargo, The Big Lebowski, O Brother, Where Art Thou?, No Country for Old Men, and True Grit.

The brothers write, direct and produce their films jointly, although until recently Joel received sole credit for directing and Ethan for producing. They often alternate top billing for their screenplays while sharing film credits for editor under the alias Roderick Jaynes.

Joel and Ethan Coen, of Jewish heritage, grew up in a Jewish community in St. Louis Park, Minnesota, a suburb of Minneapolis. Their father, Edward, was an economist at the University of Minnesota, and their mother, Rena, an art historian at St. Cloud State University.

FULL ARTICLE AT WIKIPEDIA.ORG
This article is licensed under the GNU Free Documentation License.
It uses material from the Wikipedia article "Ethan Coen."