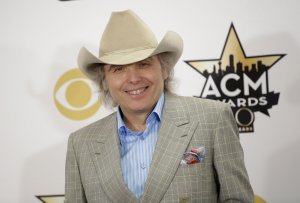 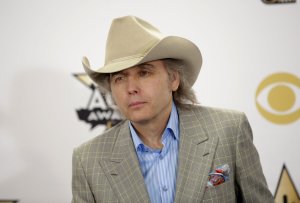 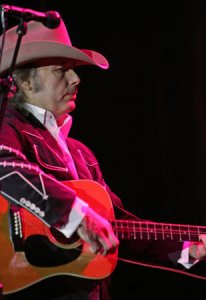 Music // 11 months ago
Country singer Dwight Yoakam marries Emily Joyce
Dwight Yoakam and Emily Joyce married at an intimate wedding in March prior to stay at home orders due to the coronavirus pandemic.

One of the loudest sounds ever in country music just silently left. She didn't take the curtain calls, but a lot of us would never have heard Flatt & Scruggs if it hadn't been for Louise Scruggs

True synergy probably just happens on its own moment of vortex

We cut it, not intending for it to be a single or the first single

Dwight David Yoakam (born October 23, 1956) is an American singer-songwriter, actor and film director, most famous for his pioneering country music. Popular since the early 1980s, he has recorded more than twenty-one albums and compilations, has charted more than thirty singles on the Billboard Hot Country Songs charts, and sold more than 25 million records.

Yoakam was born in Pikeville, Kentucky, the son of Ruth Ann, a key-punch operator, and David Yoakam, a gas-station owner. Like many Kentucky families of the mid-20th century, the Yoakams moved to Ohio in hopes of creating a better life. However, Yoakam has always maintained a strong connection with his Kentucky roots, as evident by many of his songs, such as Readin', Rightin', Route 23, Bury Me, Floyd County, Louisville, Miner's Prayer and I Sang Dixie.

He was raised in Columbus, Ohio, but his family would return to Kentucky on weekends, thereby maintaining a sense of "home." Yoakam graduated from Columbus' Northland High School on June 9, 1974. During his high school years, he excelled in both music and drama, regularly securing the lead role in school plays, such as "Charlie" in a stage version of Flowers for Algernon, honing his skills under the guidance of teacher-mentors Jerry McAfee (music) and Charles Lewis (drama). Outside of school, Yoakam sang and played guitar with local garage bands, and frequently entertained his friends and classmates as an amateur comedian, impersonating politicians and other celebrities, such as Richard Nixon, who, at that time, was heavily embroiled in the Watergate controversy.

FULL ARTICLE AT WIKIPEDIA.ORG
This article is licensed under the GNU Free Documentation License.
It uses material from the Wikipedia article "Dwight Yoakam."
Back to Article
/